1-800-253-5537
Se Habla Español
Nursing Home Abuse and Neglect
Contact Us Now, Absolutely No Obligation
Do You Have a Case? 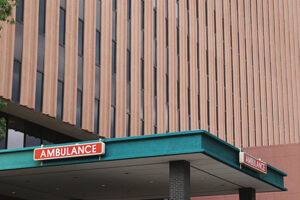 In March of 2015, the New Mexico Attorney General filed a formal complaint against Preferred Care, Inc., a nursing home chain that has 11 facilities in New Mexico. Former Attorney General Gary King filed the suit claiming that the company’s facilities took hours to perform simple tasks like bathing and feeding. Current Attorney General Hector Balderas revised the complaint to include specific incidents of abuse and neglect. The complaint further alleges that Preferred Care overbilled both the state and federal government for Medicaid and Medicare by accepting dollars for care that wasn’t provided. Investigation showed that at least a quarter of all nursing home complaints were related to low staffing levels and that in fact, the homes were so understaffed that they couldn’t possibly have provided the care that they charged for.

In the complaint , the State of New Mexico explains the reason for bringing the lawsuit:

“This case arises from Defendants’ scheme to generate outsized revenues at the expense of the physical well-being of vulnerable nursing home residents through false representations to the State’s Medicaid program and consumers about the level and quality of services from July 1, 2007 to the present. The profound difference between the amount of services that Defendants promised and claimed to provide and the amount of services that the Defendant Nursing Facilities could have provided is the heart of this case.”

Individuals who are admitted to nursing home facilities are there because they have physical limitations and need daily assistance doing the most basic tasks. The complaint cites information from confidential witnesses, described below, that indicate that the facilities were incapable of delivering even the most basic care that the residents need.

Every time the witness visited his mother-in-law he found that her diaper was dirty and her bed linens were soiled. She developed urinary tract infections because of the conditions and eventually developed bed sores. Bed sores can be very dangerous to a patient’s health because they can lead to sepsis. Though outlined in her care plan that she needed feeding assistance, the assistance was not provided.

The witness was told by the staff themselves that the facility was understaffed and therefore didn’t have time to meet the witness’ father’s hygiene needs. The witness’ father often complained that he was hungry. The witness began coming in daily to bath her father, clean his bed, feed him and take care of other hygiene needs. She noticed that her father’s roommate also had a daughter that did the same thing. Her father fell multiple times when he tried to get out of bed on his own after no one responded to his call light. Though the nursing home was supposed to help her father regain his strength after a stroke, his condition deteriorated rather than improved while he was a patient at the facility.

The witness’s mother was admitted with the classification that she was at a high risk for falls. Even so, she was left unattended while using the restroom and suffered a catastrophic fall that injured her jaw, cut her forehead, pushed in one of her eyes and left her face bruised and red. She died the same day. The family does not know how long their mother laid on the bathroom floor after falling. They had visited that same day prior to the fall and had found their mother in a good mood.

Certified Nursing Assistants or CNAs are the staff members responsible for providing basic care to patients. Interviews with several of the CNAs who worked at the facilities revealed that they there was not enough time in the day to get to all of their patients and provide them with the care they required. Some CNAs complained to management but were told that they did not have it in the budget to hire more staff.

Overall, the witnesses, CNAs, and inspectors had the same findings. Collectively, residents who were supposed to be getting exercise and physical therapy were not, only those residents who could feed themselves ate, the facilities smelled like urine and feces, residents were not bathed, and even residents who had control of their bowels were forced to soil themselves because they couldn’t get assistance to the restroom. Family members frequently were found providing basic care needs to their loved ones because they knew if they didn’t do it themselves it wouldn’t get done.

The state’s case against Preferred Care, Inc. is ongoing. Just this month, Judge Sarah Singleton denied Preferred Care’s motions to dismiss. The trial is not slated to begin until April of 2018.

1 Comments
As a former employee who was escorted out after contacting the ombudsman, I can tell you that this corporation is criminal. Always understaffed. We did our best to make up for the resources we lacked. Every shift was nonstop work every second just to meet the bare minimum of needs. Regularly worked with one cna for 40 residents. The staff were heroic in their efforts to make up for what the company would not provide.
by Jessica Salvatore March 15, 2019 at 12:43 PM
Post a Comment

"My sister received terrible treatment at her assisted living facility. We didn't know where to turn, so I contacted Keller & Keller. I was able to meet with an attorney immediately.

They investigated her case thoroughly and eventually filed a lawsuit for us. We feel like the attorneys and staff really worked hard for us, proven by a hard-won successful settlement!

I'm so happy and relieved that I hired Keller & Keller to handle this for me and my sister. I definitely recommend them to anyone who feels like their family member has been mistreated by their nursing home!"