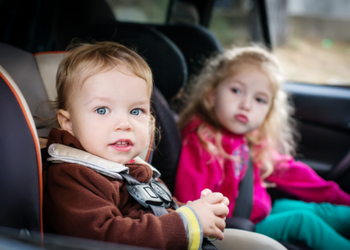 Research conducted by the Centers for Disease Control and Prevention (CDC) found that in the United States in 2014, 602 children ages 12 and younger died in auto crashes and more than 121,350 were injured. Of those 602 deaths, 34% of the children that died were not properly buckled up. In any given year, more than 618,000 children ages 0-12 ride in a vehicle without a safety seat, booster seat, or seat belt.

The use of car seats can reduce the risk of death for infants by 71% and 54% for toddlers. There is no excuse for not having your child in a proper car set, and failure to do so is against the law.

Child Safety Seats are required by Law in New Mexico

In the state of New Mexico, failure to have your child properly secured could result in a fine and points against your license.

Safercar.gov has descriptive information for each type of seat with detailed instructions on how to properly install the car seat. The website even has a helpful Car Seat Finder where you can put in information about your child to search for the right seat. The Seat Finder not only tells you what type of seat is appropriate for your child, but also lists seats with consumer ratings.

If you were involved in an accident and your child’s car seat was damaged, the liability insurance will likely be responsible for the replacement cost of the car seat as part of your property damage claim.

If you were involved in a car accident with your child in the vehicle remember to follow these stepsand seek medical attention immediately. Fortunately, car seats do save lives, but even if your child seems ok after an accident, it is important to get them checked out immediately. At Keller & Keller, we are invested in your safety and in helping the victims of serious injury recover from their injuries.