Update on the Albuquerque ART Project 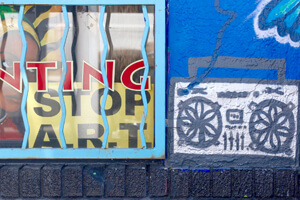 As most Albuquerque, New Mexico residents are aware, the Albuquerque Rapid Transit (ART) project has sparked immense controversy from residents and business owners. In fact, two separate lawsuits were filed against the project. The first one was brought by Albuquerque citizens and business owners against the city and asked the project be placed on hold. The second lawsuit was brought in federal court and outlined businesses complaints about how each element of the design would affect the landscape of the historic corridor.

Within the last couple of weeks, the City of Albuquerque got just a bit closer to being able to start construction on the project. A U.S. Department of Transportation Federal Transit regional administrator submitted a letter to the city stating that it approved up to $59 million for eligible reimbursement. While this was a big step forward, the project still could not move forward without the green light from the district court judge in response to the pending lawsuits.

On July 29th, U.S. District Court Judge Kenneth Gonzales gave the green light to begin construction by refusing to issue the preliminary injunction (to halt the project) that was requested by the ART opponents’ lawsuit. Judge Gonzales himself voiced some skepticism regarding the project, but stated that he must “set aside his personal opinion and employ the correct legal standards” which required him to deny the motion.

All was looking good for the ART project until August 1st, when the 10th Circuit U.S. Court of Appeals temporarily barred the city from taking any action to build the project. This move was in direct response to Judge Gonzales’ order. The appellate court stated that they wanted to fully review the request by the plaintiffs before any construction was started.

Then, on August 2nd, the temporary injunction was lifted and pre-construction work was allowed to get underway after the City of Albuquerque and the Federal Transit Administration filed their response to the emergency motion.

This project has been surrounded by controversy from day one. While there are valid points from both sides of the playing field, the fact that the project is being drawn out is making things even more difficult for business owners and residents. At Keller & Keller we just hope that the land of enchantment can maintain its historical integrity, display its beauty and culture, and remain safe for its residents and visitors.

Complete the short form next and we'll be in touch within 12 hours.
Free Case Analysis