Accident and Wrongful Death Attorneys
Se Habla Español
1-800-253-5537
No Fees Until You Win
Wrongful Death
Contact Us Now, Absolutely No Obligation
Do You Have a Case?

Mike and Rose Dillman had been married for 18 years when a semi-truck rear-ended his wife’s truck, pushing her into the back of another semi-truck and killing her instantly. 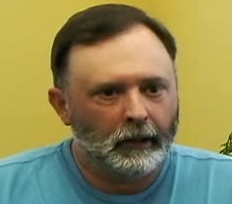 Moments before the accident, Mike had been following Rose in his own vehicle but had fallen a bit behind her due to the congestion of rush hour traffic on Indianapolis’s I-65. When he saw that traffic was stopping because of an accident a short distance ahead, he sensed something wasn’t right. And when he saw his wife’s truck crushed between the two semis, his fears were confirmed.

Mike demanded accountability on the part of the at-fault party, and his background in law enforcement taught him that having a reputable attorney perform a professional investigation would be critical to the positive outcome of the wrongful death case he now needed to pursue.

After meeting with Mike, listening to the sequence of events from his perspective, and performing an immediate investigation, we were confident in our ability handle this case on his behalf.

My name is Michael Dillman and this is my story.

Well, my wife of 18 years was killed in a semi-accident. She was hit from behind. It was a very traumatic accident, and hard to deal with.

Being an ex-police officer I knew the importance of getting the proper representation. My father recommended me to Keller & Keller. He had seen some of the newspaper articles about how well Keller & Keller was in the community.

The folks at Keller & Keller put me at ease right from the start. Beginning with the secretary at the front office, she guided me everywhere I needed to go and gave me the people that I needed to talk to. And Jennifer my paralegal was absolutely outstanding from the first meeting we had.

They have a whole team that you talk to instead of just one attorney. You have a paralegal that’s available to you 24-hours a day if you have questions, and they stick with the whole process and inform you every day if something happens.

It went real smooth and I couldn’t ask for anything better.