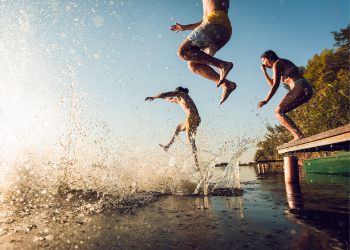 It’s summertime. School is out. Family vacations are underway. Reunions, lake trips, sports games, and weekend getaways are taking place. The “100 deadliest days” of summer are before us. According to AAA, the automobile research and educational group, the 100-day stretch between Memorial Day and school starting are the most dangerous days for drivers to be on the roadway.

CNN reports that from 2010 to 2014, more than 5,000 people died in vehicle crashes during these 100 days. On average, that’s 10 deaths per day. The AAA says that over the past five years, the average number of crashes involving drivers ages 16-19 increased 16% per day during these 100 days compared with other days of the year.

Why Are These the Deadliest Days?

Some of the reasoning makes sense. More people are on the roadway. The summertime includes popular drinking holidays like Memorial Day, 4th of July and Labor Day. But, one of the biggest reasons is that teenagers are out of school and spending more time on the road. Instead of driving to and from school, they are driving recreationally and down roads they haven’t traveled before. Driver distraction is still the biggest problem with teenage drivers and that distraction is multiplied during the summer months when teens are driving with their friends.

AAA’s study found that driver distraction, such as cell phone usage, contributed to 58.5% of the crashes and 15% involved talking to other people in the car. Unfortunately for teens, friends do not make good passengers and are even more of a danger to teen driver than texting. According to the National Safety Council, a single teen passenger increases a teen driver’s crash risk by 44%.

Stay Safe Throughout The Summer in New Mexico

So, what can you do to stay safe this summer? Obey New Mexico traffic laws, avoid distraction, and at all costs, do not drive or allow others to drive under the influence of alcohol or other substances. In the event that you do get involved in an accident, make sure you know what steps to take.