Dust storms are a fact of life for residents of the Southwest. But a historic drought has turned conditions deadly in New Mexico.

On Thursday, May 22, 2014, seven people were killed in an eight-vehicle collision amid a dust storm near Lordsburg. According to troopers with the New Mexico State Police, an unidentified motorist was behind the wheel of an eastbound vehicle as it traveled along Interstate 10, near mile marker 6, not far from the border with Arizona.

Around 5:25 p.m., the flying dust obscured his vision and the driver applied his brakes sharply. His vehicle was then struck from behind, touching off a chain reaction that involved three semis, three cars, and a camper.

What Causes Dust Storms in Albuquerque?

The U.S. Drought Monitor reports that conditions in parts of Texas, Colorado, and New Mexico are worse than the “Dust Bowl” days of the 1930s. According to the New Mexico Environment Department and the New Mexico Department of Health, dry conditions break down soil, making it easier for the wind to carry particles away.

This can be disastrous for driving. When drivers lose visibility at high speeds, they have less time to react and make decisions.

Travelers caught up in dust storms should reduce speed and pull onto the shoulder. Never stop in the roadway, as this can be dangerous. 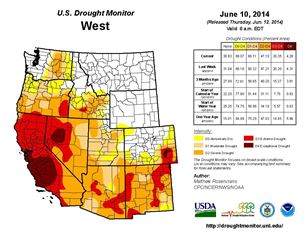 One of the deceased victims of the May 22 tragedy has been identified as 54-year-old Tucson, Arizona resident Hyon Suk Head. Mr. Head was traveling in a 2013 Mercedes.

The New Mexico Department of Transportation reports a higher-than-average number of alerts related to dust storms and powerful winds.

Meteorologists say so-called “dry thunderstorms” and “brown out” conditions are common in the vicinity of U.S. Route 550 near Bernalillo, U.S. Route 491 near the “Four Corners” of New Mexico, Arizona, Colorado, and Utah, and off Interstate 40 west of Albuquerque.

Winds of 200 mph spun up a 1,000-foot curtain of dust in New Mexico and West Texas back in March.

In 2011, The New Mexico Department of Transportation created its Dust Control System, in conjunction with New Mexico State University. The system was installed along Interstate 10 near mile-markers 11 and 10, near the La Playa region.

It uses an Ultrasonic Wind Sensor, a Weather/Visibility Detector, a Video Monitoring System, and other features. Two installations were done at a cost of $200,000 for two installations.

Were You Injured in a Dust Storm Accident?

Dust storm accidents often involve serious injury. Many victims will benefit from having an experienced personal injury attorney. Why should you consider consulting an attorney following a dust-storm accident?

by James R. Keller [email protected]
Connect with me
Partner at Keller & Keller
1 Comments
Hey i just wanted to say that Morgan EARL Cole is how it spelled... i am his son and wold like it to be corrected
by Kristopher Morgan Cole January 22, 2015 at 12:54 PM
Post a Comment