Did you know that gephyrophobia is the fear of driving over bridges? People with this fear develop a heightened sense of anxiety whenever they approach a bridge, and for some, the reaction is so severe, that they cannot get over the bridge. While this may not be a common condition, more of us would be wise to fear crossing bridges, given the 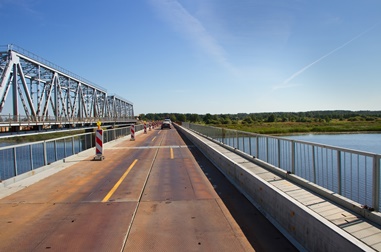 poor condition of many bridges in Indiana and across the country.

According to the U.S. Department of Transportation’s 2019 National Bridge Inventory, nearly 231,000 U.S. bridges need major repair work or need to be replaced entirely. That means that more than one in three bridges in the U.S. are unsafe. What should you do with that fact? Cross bridges with caution and contact a personal injury lawyer if you are injured in a crash caused by a crumbling bridge.

How Do Indiana Bridges Measure Up?

Fortunately, Indiana is not among the states with the highest percentage of structurally deficient bridges (that dishonor goes to Rhode Island, West Virginia, and Iowa) nor among the states with the largest actual number of questionable bridges (watch out when driving through Iowa or Pennsylvania!). However, there are nearly 19,000 bridges in Indiana, and many of them are on the list of bridges in need of repair. Over the next year, the Indiana Department of Transportation (INDOT) plans to invest $1.6 billion to rehabilitate, replace, or repair the bridges they own, as well as coughing up another $203 million for local bridge projects. These efforts will likely only scratch the surface of the work that needs to be done in the coming years to make sure every bridge in Indiana is safe.

Who Is Liable for Injuries Caused by a Structurally Deficient Bridge?

Accidents caused by a road or bridge in disrepair cannot be blamed on unsuspecting drivers. Instead, the governments and corporations responsible for the condition of the bridge can be held liable if it can be proved that they were negligent. A worst-case scenario is a complete bridge collapse, like the devastating 1-35 bridge collapse in Minneapolis in 2007 that injured 150 people and killed 13. Looking at the legal fallout of that tragedy as an example, the following parties could be held liable for a bridge failure or collapse:

In other words, if a party had a duty to build or maintain a bridge for safety, failed to do so, and people were injured as a result, they can be held liable. In the I-35 bridge collapse case, the company that designed the bridge had been bought out by another firm, and the victims were successful in holding the new owner liable for their damages.

Bridge Failures Are Not Always So Dramatic

Your injuries do not have to be caused by a bridge collapsing and plummeting 2,000 feet into the Mississippi River in order to hold someone accountable. Huge potholes, cracked pavement, uneven joints, compromised railings, and other failings could lead to a serious single-car crash that leaves you with devastating injuries. Do not assume that no one is to blame if structural defects caused your accident. However, you should assume that you will need the help of an experienced Indiana personal injury attorney when taking on a government entity or big corporation.