As most of us were stuck at home for much of 2020, it turns out that others were out burning up the highways across New Mexico. According to the Governors Highway Safety Association (GHSA), law enforcement officials across the country saw a spike in speeding in the early weeks of the pandemic, particularly in speeds over 100mph. Whether the cause of these high speeds was the empty roads, pent-up anger, and frustration, or just people needing to get somewhere very fast, the unsurprising result was an increase in traffic fatalities.

2020 Saw the Highest Number of Traffic Deaths in 13 Years

According to the National Safety Council, Americans drove about 13 percent fewer miles in 2020 than they did in 2019 due to the pandemic. Despite this, nearly 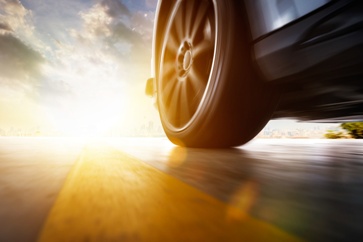 43,000 people lost their lives in auto accidents, an increase of 8 percent and the highest death toll since 2007. Factoring the number of deaths relative to miles driven, that equates to a 24 percent increase in road deaths in a 12-month period—the highest jump in 96 years. In addition, an estimated 4.8 million people were seriously injured in crashes in the same time period.

What Does the Increase in Traffic Deaths Mean?

Those are a lot of numbers, but what does it really mean? For one thing, what had been a downward trend of injuries and deaths has suddenly spiked, undoing a great deal of progress in road safety. The increase also means that thousands of people lost their lives for no reason other than someone’s recklessness. In a year of so much loss, this was an added tragedy. Regardless of how many other people are on the road or how much stress you are under, it is never o.k. to drive at reckless speeds and endanger the lives of others.

Speed limits are set to optimize safety based on roadway conditions, traffic levels, and pedestrian activity. When a driver chooses to exceed the speed limit, they put others in danger. That danger is multiplied the faster they drive above the speed limit. Common causes of high-speed crashes include:

Speeding is a factor in a majority of crashes, even if the primary cause is something else—like drunk or distracted driving. When a driver maintains a safe speed, most accidents can be avoided.