After an accident, whether in downtown Albuquerque or a rural area of the state, every resident who drives a vehicle is bound by New Mexico’s car insurance laws. Those not familiar with the most basic car insurance laws in our state may be in for a surprise as they try to settle an accident claim. 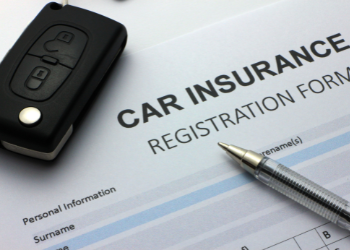 How liability is determined and how a person is reimbursed for their injuries after a car accident largely depends on the state in which the incident occurred. States are either considered “fault” or “no-fault.” (New Mexico is a “fault” state.)

Because New Mexico is a fault state, car insurance law allows accident victims to recover compensation in one of the following ways:

It’s important to remember the laws regarding fault vs. no-fault follow the state, not the driver. In other words, if you’re a resident of New Mexico but have an accident in a no-fault state, such as Michigan, then you will be bound by that state’s laws.

How Much Car Insurance Must New Mexicans Carry?

Every state requires its residents to carry a minimum amount of car insurance, and depending on which state you live in, that amount can greatly differ.

The minimum amount of car insurance New Mexico requires vehicle owners/operators to carry is commonly referred to as 25/50/10:

It’s not uncommon for someone to be confused by the 25/50 minimum portion of the coverage. This example should help clarify:

You are riding in a car with a friend who is texting and driving. Distracted by their phone they rear-end a parked vehicle. Both of you are injured and you have no insurance of your own. In this case, your friend has the minimum limits required by New Mexico law. This means that $25,000 for one person’s injuries, or in this instance, up to $50,000 for the combined injuries of you and your friend. (Additionally, your friend would have $10,000 to cover property damage costs.)

The accident attorneys at our Albuquerque office always advise clients to purchase a coverage amount higher than New Mexico’s state minimum. This will help ensure that you have adequate coverage in the event that you’re involved in a serious collision. (Many people are surprised to learn that increasing the amount of coverage they have on their vehicle often costs very little.)

Currently, residents of New Mexico are not required by law to carry Uninsured (UM) or Underinsured (UIM) coverage on their vehicles, however, it’s always a good idea to include this coverage on your policy in the event that you are involved in an accident with someone who is uninsured or has minimal coverage. The following example can help clarify:

You are hit by a drunk driver and suffer injuries that leave you with $40,000 in medical bills. The drunk driver has the state minimum policy (25/50). You have a policy that includes adequate UIM coverage, allowing your policy to cover the additional $15,000 not covered by the at-fault driver’s insurance.

by James R. Keller [email protected]
Connect with me
Partner at Keller & Keller
2 Comments
On the freeway a man driving irratic tried to cut off a diesel when he was unable he cut in front of me slamming on his breaks I ended up rearending him now my car is totalled what can I do
by Ammee Knowles June 22, 2017 at 10:23 PM
My wind sheild was hit by a rock and cracked. Is my insurance required to replace it no charge?They are telling me I have to pay deductable.
by GAil Shackelford April 4, 2016 at 02:02 PM
Post a Comment