Napa Home & Garden firepot fuel gel claims are being made right now. If you suffered a burn as a result of a fuel gel explosion, you may have a claim.

The Consumer Product Safety Commission has issued a recall for nearly a half-million bottles and jugs of fuel gel that have been found to cause explosions in outdoor ceramic patio decorations. 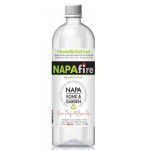 According to several eyewitness accounts and emergency room reports, the gel is igniting unexpectedly causing explosions that have left people with severe burns, and in some cases the injuries have been life-threatening.

After investigating the severity of the injuries caused by the exploding firepots, Keller & Keller LLP has announced that it will now accept fuel gel injury cases on behalf of people burned in these explosions.

Further, because we are a nationally recognized law firm, we will be representing clients in cases against Napa Home & Garden throughout the entire country.

What you need to know:

If you have previously bought a bottle or jug of NAPAfire and/or FIREGEL, DO NOT use either of these products!

Gel fuel products have been determined to be extremely dangerous, and the resulting explosion does not produce a traditional fire-like effect. Instead, when the gel explodes, it is said to have characteristics similar to that of "napalm," thus making it difficult for someone who comes in contact with the substance to put out the flames and/or stop the burning.

Q: What is the exact cause of the explosion?

A: There may be several causes; however, one known cause reported by injured consumers typically involves the fact that the flame in the firepot is almost invisible, thus leading people to believe that the pot/wick/candle is not burning or lit.  The consumer then attempts to pour gel into the firepot and it causes "splash back" or an explosion, leaving the person covered in an invisible burning gel that is next to impossible to put out.  Despite these warnings, it is important that people DO NOT use this or similar fuel gel products.

Q: Who is the manufacturer of the fuel gel?

A: Several stores and online locations (Amazon.com) sell/sold the gel; however, some of the bigger named retail outlets include Bed Bath & Beyond, ShopKo, and Restoration Hardware.

A: Anyone that has suffered an injury resulting from a fire gel product is encouraged to contact a reputable lawyer to have their case valued and their statute dates protected.

There is never a charge or fee to have a lawyer at Keller & Keller LLP review your potential products claim.  Even if you don't wish to retain an attorney, at least call us so that we can tell you how to protect your rights with regard to a firepot claim.