A leader among plaintiffs’ attorneys, Randall Juergensen is a skilled courtroom advocate who has tried more than 100 cases to verdict.

Randy grew up in Benton Harbor, Michigan and attended the University of Michigan in Ann Arbor, graduating with High Honors. He went on to Wayne State University in Detroit, where he earned his law degree.

Returning to his home town, he began his career doing defense work, but was drawn to the field of personal injury, where he quickly found a niche. Randy feels his defense background helped prepare him to represent clients against insurance companies.

Randy also served as a City Commissioner in Benton Harbor from 1983-1986. He contributed to the legal profession as a mediator in Michigan, evaluating cases and helping the two sides reach a resolution of their dispute.

His tenure at Keller & Keller began in 1998, more than 50 years after the firm was founded by George S. Keller, and carried on by Jack and James Keller.

“George was still practicing at the time. It was the end of his formidable career,” said Randy, who also came to know George’s son, Jack Keller, as an honest and creative advocate for his clients. “I looked up to him for his integrity and he’s always been an inspiration to me. It was an honor to know him and my admiration for him has only grown over the years.”

Randy helped the launch of Keller & Keller’s Indianapolis office and has made the city his home for the past 16 years.

“In matters of truth and justice, there is no difference between large and small problems, for issues concerning the treatment of people are all the same.” - Albert Einstein

His legal excellence has earned him accolades among his colleagues. Randy is AV-rated by Martindale-Hubbell, a measure based on peer review. He has been selected as a Super Lawyer  every year since 2005 by Law & Politics and his name is regularly included among “Best Lawyers.” Having recovered more than $1 million for his clients, Randy is also a member of the Million Dollar Advocates Forum. 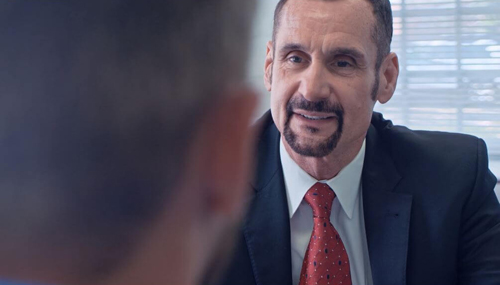 Randy has lent his time, talent and support to community and civic organizations, including the Nature Conservancy, Lambda Legal, the Humane Society and the FACE Clinic.

An avid runner for more than 25 years, Randy has competed in more than 25 marathons, including the 100th Anniversary of the Boston Marathon in 1996, and several ultra-marathons. Randy can often be found running the trails at Eagle Creek Park or kayaking there.

At home, he keeps chickens and koi fish, along with his three terriers, Pi, Ollie and Mina.

Keller and Keller was a godsend to me. In September 2018 I was almost killed by a semi truck and was injured badly. The firm I hired didn't do their job. After a few days of negotiations they told me to take the money offered or find a new law firm...
My family called them after a motorcycle accident because I was in a coma...
My father was involved in a very bad truck accident over two years ago and living in New York and having the accident occur in Indianapolis was very hard...
My attorney made sure the settlement covered all bills. I was very happy with the end result of the settlement.
I was involved in an auto accident and I am going to for sure use their service for my disability case.