If You Are Found to Be Partially to Blame for an Indiana Car Crash, Your Damages Will Be Reduced 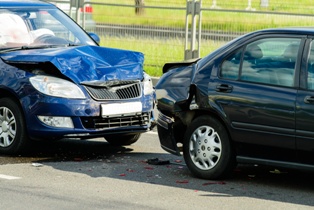 There is no doubt that Indiana drivers have a lot of bad habits. We are likely all guilty of speeding, momentary distractions, and last-second maneuvering almost every time we drive. Luckily, these careless actions don’t usually lead to an accident. However, when another driver’s more egregious error—such as aggressive, reckless, or drunk driving—does cause a crash, our actions may also be examined. If found to be partially to blame for a crash, the amount we can receive in compensation will be reduced.

Assigning Blame Under the Comparative Fault Law in Indiana

The reality is that accidents can be—and often are—caused because two or more drivers make a mistake. When people are injured as a result, it must be determined who owes whom compensation. In Indiana, this is determined by the comparative fault law. Under this law, the fault is assigned as a percentage by a judge or jury. For example, if Andy makes a sudden lane change into the path of Mary’s car and Mary hits him, it could be decided that Andy is 90 percent to blame for making a careless maneuver, but Mary is 10 percent at fault because she was speeding at the time.

Under the law, an injury victim’s damage award is reduced by the amount of blame he has been assigned. In the example above, Mary’s award from Andy’s insurance company would be reduced by 10 percent to account for her contribution to the accident. If a party is assigned more than 50 percent of the blame, however, he or she would be ineligible to receive any damages, so, in our example, Andy would not be owed any compensation from Mary’s insurer.