In your mind, there is no question about who caused the crash that left you seriously injured. You did not break any traffic laws and were not ticketed at the scene. The other driver came out of nowhere and slammed into you. The responding officer even issued him a traffic ticket. Now you are shocked to hear that the insurance company for the at-fault driver is claiming that your actions contributed to the crash, so they should not have to pay you as much in compensation. How can this be? We take a look at how comparative negligence rules work in New Mexico.

You might have left the accident scene confident that the other driver would be held accountable for causing the crash. However, once his insurance company gets involved, you can be sure they will do everything they can to limit their liability. In other words, they want to pay out as little as possible on 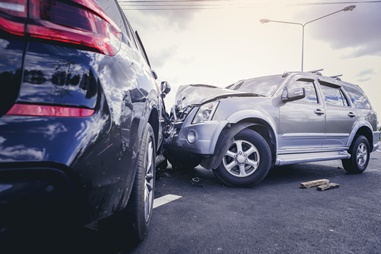 the policy. They will engage in many sneaky tactics to do so, one of which might be trying to pass off some of the blame for the crash on you. How does this help their bottom line? New Mexico is a pure comparative negligence state. That means that fault can be shared among drivers, with each driver being assigned a percentage of the blame. If the court agrees with the insurance adjuster’s claim of shared fault, then the damage amount for the victim will be reduced by the percentage of fault assigned to him. For example, if the plaintiff is found to be 10 percent at fault, damages will be reduced by 10 percent. Suddenly, a $50,000 claim is only worth $45,000.

What Does it Mean to be Partially at Fault in a Car Accident?

You might think that you either caused the crash or you didn’t. How could you only partially cause a crash? The idea of comparative negligence is that while one driver might have broken the law by speeding or driving under the influence of alcohol or drugs, he would not have crashed into you if you hadn’t also made a minor error of some kind. Another argument an insurance adjuster might make is that you would not have sustained the severe injuries you did if you had not been negligent in some way.

Insurance adjusters will make all kinds of wild arguments, but some possible examples of claims they might make include:

Even if these claims only amount to a small percentage of fault, you could lose thousands of dollars in compensation.