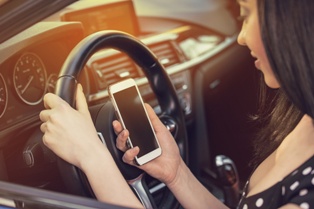 Crashes involving drivers between the ages of 15 and 24 have been on the rise for the last several years in New Mexico. Whether young drivers are more careless or they just have more to be distracted by, they are clearly a bigger threat to themselves, their peers, and other innocent motorists than they have been in the past.

If you have a teen driver in your household, you should be aware of the risks associated with young drivers—especially young male drivers—and take steps to protect your child and others on the road.

In 2016—the most recent year for which statistics are available from the New Mexico Department of Transportation (NMDOT)—the teen and young adult driver crash rate was at its highest level in five years. For drivers aged 15-19, there were 126.5 crashes per 1,000 licensed teen drivers. For young adults aged 20-24, the crash rate was 78.8 per 1,000 drivers. The average rate of crashes across all age groups was 42.6, so teens have triple the crash rate of the general population and young adults are almost twice as likely to crash as older drivers.

As a parent, you have the power to reign in your teen driver for his own protection and the protection of others on the road. One way to do this is to limit dangerous distractions, including cell phones, GPS devices, radios, and perhaps the most threatening distraction—passengers. A few ways you can keep your teen and other drivers safe include the following:

As a parent, you have a responsibility to make sure your teen driver is not endangering his passengers or other motorists.