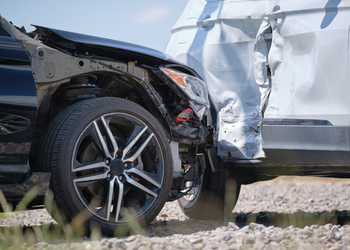 State insurance laws in Indiana often invoke a "no pay, no play" law.

In other words, being involved in an accident and not having car insurance can cost you money even when the accident wasn’t your fault. These laws are commonly referred to as “No Pay, No Play” statutes.

Indiana’s statute was enacted in July 2015, but most people are unaware of the statute’s guidelines and repercussions. A thorough look at the statute can be found here, but to put it more simply, let’s consider the following:

Meet Mike. Mike is 34 years old and drives a red Ford Mustang. Mike prides himself on his good driving skills. He thinks he is the best driver on the roadway. Because of his good driving skills, Mike doesn’t think it is necessary for him to have auto insurance. Even after being cited a couple of years ago for failure to provide insurance, he just doesn’t think it is necessary. One sunny Sunday afternoon, Mike is driving down Meridian Street in Indianapolis, Indiana when he is violently rear-ended by a distracted driver. Mike suffers from a broken arm requiring surgery, a concussion, and severe muscle strain. Not only does Mike have medical bills piling up and has had to miss work, but he has suffered immensely and endured hours of physical therapy to heal his broken arm.

But, when it comes time to settle with the insurance company, the adjuster cites Ind. Code 27-7-5.1.5 and says “No Pay, No Play.” Because Mike was uninsured at the time of the accident and had a previous violation, he will not be able to recover for noneconomic damages such as physical and emotional pain and suffering, emotional distress, mental anguish, and loss of enjoyment.

While this may seem unfair to some, the statute is rationalized by public policy. The thought is that someone who chooses to participate in roadway travel but violates state law by not having insurance, should not be able to reap the benefits of those who are law-abiding citizens.

Easy. Quick. Confidential.
We've helped injured people and their families for over 85 years.