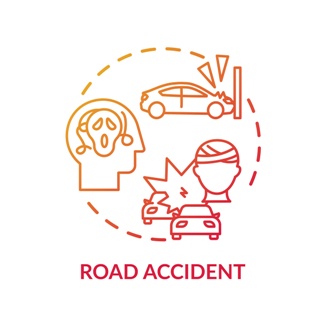 Most people are aware that post-traumatic stress disorder (PTSD) is a very real psychiatric condition that can affect people who experienced trauma. Because it was first identified in soldiers returning from war, it is often associated with military veterans. But PTSD can happen to anyone who experienced or witnessed a traumatic event, including an assault, natural disaster, or motor vehicle crash. In fact, many victims of car, truck, and motorcycle accidents report some level of PTSD in the weeks or months after the crash. When treatment is needed to overcome the trauma, the victim of a catastrophic car accident may be able to hold the negligent driver who caused the crash accountable for their losses.

What Does PTSD Look Like in an Accident Victim?

You might have fully recovered from your physical injuries after a crash, but you have been unable to return to your normal activities because of fear and anxiety. This could be an indication that you are suffering from PTSD. Motor vehicle accident victims often experience PTSD in the following ways:

These kinds of responses can prevent you from being able to work, resulting in a loss of income. Just like a traumatic brain injury or broken bones, diagnosed PTSD should be compensated by the at-fault driver.

How a Motor Vehicle Accident Could Cause PTSD

Just like other violent and shocking incidents, such as combat events, assaults, house fires, or witnessing an attack, vehicle accidents can trigger a psychiatric reaction that has a disabling effect on the victim. Whether you were in a car, truck, or motorcycle crash, the following incidents can cause PTSD:

Everyone reacts to traumatic events differently, and it may not take an incident as extreme as one of these to trigger PTSD. For some people, the shock of even a minor collision can cause long-lasting emotional trauma.

Unlike physical injuries, emotional injuries such as PTSD are not easy to prove. While you can produce x-rays, MRIs, photographs, and other tangible proof of broken bones, brain injuries, stitches, scars, bruises, and spinal cord damage, it is much harder to provide concrete evidence of an emotional injury. PTSD and other psychiatric conditions are considered to be types of pain and suffering. With the help of an experienced personal injury attorney, you can make a case for these damages with evidence such as the following:

A car accident attorney with experience placing a value on pain and suffering damages can help you build a strong case for compensation. Taking into account ongoing and future therapy, lost wages, lost earning capacity, and additional costs, our team will fight to get you the full compensation you deserve.