What happens if I get into a car accident with an uninsured driver? 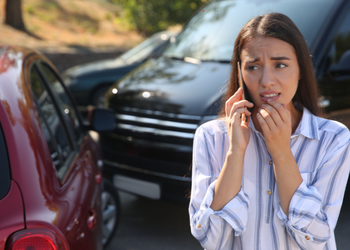 New Mexico minimum coverage law requires drivers to carry liability coverage of $25,000 per person for injury or death, $50,000 for total injury or death if there are multiple people in the vehicle, and $10,000 for property damage. If you are injured in a crash with an insured driver and he is found to be at fault, you would be able to file a claim to recover up to the limits of his insurance policy. However, if he does not have insurance, you will not be able to recover anything from him. He may be fined and even lose his license for not having insurance, but that won’t help you with medical bills, property damage, and other losses.

Protect Yourself by Carrying the Right Insurance

Some people are hesitant to file an uninsured claim for their accident since they are pursuing their own insurance policy. Though pursuing your own insurance company may not make sense initially, it is important to understand that you pay monthly premiums for this coverage and it is there to protect you.