How Do I Prove My New Mexico Car Accident Injuries Were Not Pre-Existing?

Insurance companies often go to extreme lengths to avoid paying out on a claim, even if the claim is entirely legitimate. They are particularly diligent in coming up with reasons for a denial when one of their policyholders is to blame for a car accident. If you were injured in a car crash and you file a claim with the at-fault driver’s insurer, you might find yourself being accused of seeking damages for an injury you sustained before the accident. Proving this is not the case will require help from an experienced New Mexico car accident attorney.

An insurance adjuster might accuse you of filing for a pre-existing condition if you sustain a neck strain or back injury. That is because these injuries are commonplace and can be caused by a range of incidents, from falls to playing a sport. The adjuster might just be on a fishing expedition, hoping to uncover a history of this kind of injury, or they might have 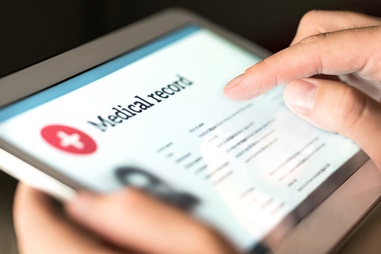 already found evidence of an injury in your medical history. Either way, you will have to present evidence that the injury for which you are currently seeking compensation was, in fact, caused by the car accident in question.

There are some important steps you should take immediately after the accident to protect any future claim you might be making from the kind of scrutiny we are describing.

How to Prove an Injury Is Accident-Related

Even if you did not do all of these things after your crash, it’s not too late to get help from a lawyer. In New Mexico, Keller & Keller is standing by to help.

What If You Really Do Have a Pre-Existing Condition?

While you are generally not entitled to compensation for injuries you had before the crash, there are cases where collisions can make a pre-existing condition worse. For example, if you suffer from chronic back pain and your back is further injured in a crash, you should be compensated for losses caused by the additional harm. A lawyer can advise you and help you get the full compensation to which you are entitled.

If you were injured in a car accident that was not your fault, do not hesitate to contact Keller & Keller in New Mexico at 1-800-253-5537 for a free consultation. We will go to bat for you to get you the money you need to recover as fully as possible from the crash that changed your life.