Could I have an injury claim after a low-impact car crash in New Mexico?

Absolutely! A crash does not have to occur at high speed in order to cause an injury to the occupants of the vehicle. In fact, a low-speed crash can cause a debilitating injury that impacts your mobility and your ability to earn a living for years to come. How can a low-impact crash have such a big impact on your life? We explain here.

What Is a Low-Impact Crash? 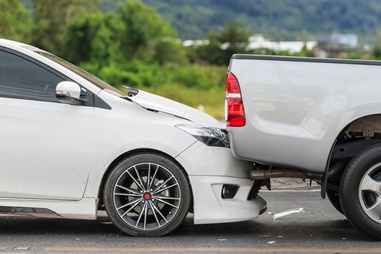 A low-impact crash is one that occurs at a slow speed and in which the vehicles are not heavily damaged. Sometimes, people refer to these crashes as fender-benders because there might only be a dent in the fender rather than serious damage to the car. This kind of crash can occur:

Wherever your low-speed collision occurred, you should be aware that you could have been injured and should get medical attention if you have any symptoms of injury. Even if the driver who caused the crash was not going very fast, they could still be held responsible for your injuries if they were acting negligently.

When a car is hit by another car, the vehicles absorb some of the impact, but there can still be enough kinetic force to move the bodies inside the vehicle. In other words, the impact of the crash can force the body of a person in the car to move forward, snap back and forth, or be thrown to the side. If the person comes in contact with an object such as the steering wheel, door, or dashboard, they could suffer serious injuries. Regardless of whether these actions occur in slow motion or not, a victim could suffer:

It Doesn’t Matter If the Car Is Damaged or Not

You might feel silly complaining about an injury after a low-speed crash, but you shouldn’t. Even if the car is barely dented, you could be seriously hurt and deserve compensation from the negligent driver who caused the crash. Don’t rely on other people’s opinions about what you should do. If you are struggling with an injury after a low-impact crash, contact Keller & Keller in Albuquerque for a free, no-obligation evaluation of your case. If we think we can add value to your claim, we will tell you how.