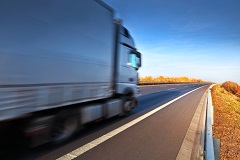 Albuquerque residents know that traveling throughout their beautiful state of New Mexico can be challenging. Due to the extreme climate differences between areas of high elevation and the low desert plains, drivers can find themselves navigating through a snow squall one minute and blasting the car’s air conditioner an hour later. Long-term New Mexico residents would not be surprised to encounter livestock on a rural road in the middle of the night, while tourists may drive off the road in shock.

These unique features present challenges to any driver, but they can present a dangerous hazard to semi-truck drivers and the cars in their paths.

According to the New Mexico Department of Transportation Annual Traffic Crash Report, heavy trucks were involved in 1,894 crashes in New Mexico in 2013, resulting in 47 fatalities. Despite accounting for fewer than five percent of all crashes in the state, truck crashes caused 15 percent of the traffic deaths that year. To make matters worse, truck crash fatalities are on the rise in New Mexico, with an increase of 50 percent between 2009 and 2013.

With relatively low traffic volumes throughout the state, what is causing nearly 2,000 truck crashes every year? We examine some of the contributing factors here.

New Mexico’s two major trucking routes—the north/south I-25 and the east/west I-40—run for many miles between cities and truck stops. For many truckers, New Mexico is just a state to pass through on their way to or from California or Texas, and they try to do this as quickly and with as few stops as possible. This can lead to drivers engaging in behaviors that commonly cause truck-driver fault crashes, including:

Hazardous weather conditions contribute to crashes and major pile-ups throughout the country. However, in most states, drivers know what to expect according to the season. New Mexico’s unique geography, however, creates unpredictable weather patterns that can surprise truck drivers and cause accidents. Some of these weather hazards include:

Keller & Keller’s Truck Accident Attorneys Are on Your Side

If you are the victim of a trucking accident in New Mexico, call the experienced truck accident attorneys at Keller & Keller in Albuquerque. We understand the unique risks of driving in New Mexico and we will help you prove that the truck driver was at fault. Fill out the “Get Help Now” link on this page and we will be in touch with you shortly.

Hurt in a semi-truck accident that wasn't your fault? We can help!

Find Out How Much Your Case Is Worth

Liability Factors Can Affect The Value of Your Case

In some states, if the semi-truck driver is 80% at fault and you are 20% at fault, your settlement amount would be reduced by 20%. (Always consult with an attorney about your state's negligence laws).

Our goal is to place 100% fault on the truck driver to ensure you receive the maximum amount of compensation for your case.