Determining Fault in a Multiple-Vehicle Crashes

If you spend a lot of time on New Mexico’s highways, one of your worst fears is probably being involved in a multi-car pileup. We see these horrific crashes on the news and thank our lucky stars that it didn’t happen to us. However, if the terrible day comes when you find yourself in the middle of a 30-car pileup, and you need help determining who is responsible for your medical bills and lost wages, we are here for you. Our Albuquerque car accident attorney has decades of experience representing injured victims, and we will get to work for you.

The scary thing about a multi-vehicle crash is that there is usually nothing you can do to protect yourself once the chain reaction has started. On a busy highway, 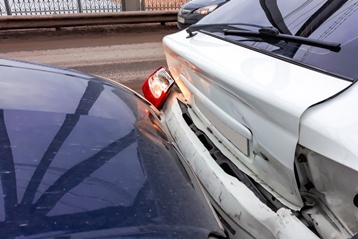 These factors could cause a catastrophic two-car crash, or a major highway pileup, depending on the level of traffic and the reactions of other drivers. In many multi-vehicle collisions, more than one driver could be held liable for causing the crash.

Who Can Be Held Liable for Your Injuries?

Crashes involving multiple vehicles also involve multiple insurance companies and multiple claimants. As insurance companies play hot potato with taking the blame for the crash, you need to look out for your own interests. When there are several liable parties and many victims, you need to make sure you have an attorney who is only fighting for you. You also need an experienced law firm that knows how to build a case and will advocate for the damages you deserve.

So, who is responsible for compensating you after a multi-vehicle crash? As your attorney, we would start looking for the driver who set off the chain reaction. Even if weather or road conditions played a part, the first driver to slam on their brakes or lose control should be found at fault. After that, we would look at the driver or drivers who actually hit your car. Did they fail to keep a safe following distance? Were they distracted, fatigued, or impaired? Even if another driver made the initial mistake, other drivers could be held responsible if they also acted negligently.

What Damages Could You Be Owed?

If your injuries were minor and you have collision coverage for property damage, you might not need to look further than your own car insurance. However, if you suffered a traumatic brain injury, broken pelvis, damaged spinal cord, or another catastrophic injury, the negligent driver’s insurance company should be held responsible for covering the following:

The car accident attorneys at Keller & Keller know how to document losses and negotiate for the settlement you need for medical bills and ongoing—sometimes even lifelong—care.

What If a Loved One Died in a Multi-Vehicle Crash?

If you lost a family member in a multi-vehicle crash, you might have grounds for a wrongful death claim against the liable party or parties. Wrongful death claims can be brought by immediate family members of the deceased or by their estate to pay for medical expenses incurred between the crash and the victim’s death, funeral costs, dependents’ loss of income, and mental anguish suffered by survivors.

Fortunately, catastrophic multi-vehicle pileups are rare on New Mexico’s highways. But that fact doesn’t help you if you are caught in the middle of one. From a liability standpoint, these are very complex cases, and you should contact an experienced car accident attorney as soon as possible after the crash to ensure that your claim for compensation is as strong as it can be. Reach out to Keller & Keller in Albuquerque for help.