6 Motorcycle Accident Questions You Should Ask

1How much is my motorcycle accident case worth? 2When should I go to the doctor? 3How long will my case take to settle? 4What if the other driver didn't have insurance? 5Will you handle my claim for the damage to my motorcycle? 6How much does it cost to hire and Keller & Keller?

Harley Davidson has been manufacturing motorcycles since 1903, and few people would disagree with the fact that their bikes are a part of American culture. A Harley's distinct design and legendary reputation has led to an incredible level of popularity with a diverse cross-section of people throughout the United States. (The list of Harley fans can easily include any number of groups imaginable: actual riders, bike enthusiasts, movie producers, actors, athletes, police forces, etc.) In short, Harley Davidson is one of the most well-known brands in our country.

Unfortunately, there is also a growing number of experienced riders who have either suffered traumatic injury or death due to a serious and dangerous problem known as the "Harley Wobble" or "Death Wobble."

Most disturbing is the fact that Harley Davidson is aware of an existing problem with their bikes. In fact, we have received 100's of calls and emails from riders and their families throughout the country who have questions about the wobble, as well as what legal rights they might have in regard to a traumatic injury or death caused by the design defect.

WHAT CAUSES THE HARLEY WOBBLE?

The issue is a problem with the engine mount that could lead to motorcycle accidents and motorcycle injuries. This specific type of mount constrains the frame from motion. The reason this presents a problem is because the swing arm (the rear suspension member of the motorcycle, which is the pivot point) is mounted to the aft end of the transmission on a Harley-Davidson motorcycle. If the engine is not constrained in all three axes, you can develop an elastic relationship between the swing arm and the frame of the motorcycle.

While the system isn't novel, there are a lot of motorcycles that do have some sort of a system to isolate engine vibrations from the rest of the motorcycle. Harley's method is patented and somewhat unique. Ultimately, the rear steer and/or Death Wobble has resulted in the deaths of a large number of Harley owners.

Another fact to be mindful of is that the Harley Wobble is not necessarily a result of maintenance issues or prior mechanical problems. The Wobble can happen on a bike that is brand new, straight from the manufacturer.

With regard to the Wobble, Harley is playing the odds that one of two things may happen:

A) A rider and/or the family won't sue them because they believe Harley Davidson is too big of a company to fight, and there is no reason to pursue a potential case because big companies always win, or

B) They believe the unfair bias many people have against motorcyclists will exist within a potential jury.

Unfortunately, many jurors are of the mentality that motorcycles are dangerous and that riders fall off of them due to their own actions: It's easy to suggest that the rider was going too fast and simply lost control because they were riding above posted speeds or beyond their ability.

As mentioned above, our legal team receives emails and calls from riders and families across the entire United States. Most are people looking to Harley for an answers and potential compensation for their crash. We take seriously our attempts to help everyone with their questions as well as advise them of their legal options.

Because Harley Davidson is backed by high-priced attorneys, these cases can be extremely complicated, lengthy, and expensive. It's extremely important that you carefully select a legal network that can front the costs to pursue these cases. Our team consists of multiple attorneys as well as a variety of experts who will work together in an attempt to build your case against Harley Davidson.

WHEN SHOULD I GO TO THE DOCTOR?

In the majority of Harley Wobble cases we've encountered, the injuries are so severe that the victim is often rushed to a hospital for emergency treatment. However, in any motorcycle accident, no matter the size or circumstance, your level of treatment will have a serious impact on any potential claim. To see more about how treatment can affect a potential case, please view our motorcycle accident treatment page.

HOW LONG WILL MY WOBBLE CASE TAKE TO SETTLE?

Wobble cases are aggressively defended by Harley-Davidson's legal team. For this reason, it's not uncommon for these cases to take several months. In most instances, it's not possible to give you an exact time estimate, especially before our attorneys and experts have had a chance to review your particular wobble case.

WHAT DOES IT COST TO HIRE KELLER & KELLER?

We offer a Zero Fee Guarantee to all of our Harley Davidson clients, meaning you owe us nothing for our time and legal services unless a recovery is made on your behalf.

No matter where you live, if you were seriously injured, or are acting on behalf of a loved one who lost their life because of a Harley Wobble incident, we want you to contact us today so that we can listen to your story and review your options with you.

Are you an attorney that needs help?

Our legal team is currently accepting referrals from other attorneys who would like help in the handling of their client's semi accident case. To learn more about our approach to referrals, please take a moment to review our Attorney Referral page.

We Mean Business! Winning Since 1936!

Keller & Keller is an experienced and powerful law firm that has never feared big trucking companies. In fact, we take it personally when someone is injured through no fault of their own. It doesn't matter where you live or how big or small you believe your case to be: We can help. We will get answers. We work to win.

Since 1936, our attorneys have been fighting for the rights of people who were ignored or insulted by insurance companies. Our vast and diverse network of experts and legal resources are luxuries we can call on at any time for any case. And when a semi-truck accident victim chooses Keller & Keller, they pay us nothing until we win the case. 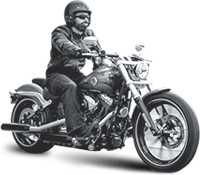 1 Tell Us Your Harley Wobble Story

We deal with Harley-Davidson on your behalf. We take care of everything related to your case.

We help you get compensated for everything you deserve!

Check the strength of your harley wobble case

Please tell us about the injuries you sustained from your motorcycle accident...

Hurt by a Harley-Davidson design flaw? You may deserve compensation.

Find out how much your case is worth