Truck Underride Crashes Are Often Fatal, But May Be Preventable 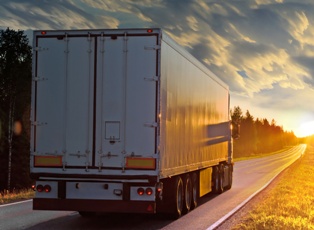 There are many ways that a commercial semi-truck can cause devastating damage to the much smaller vehicles it shares the highway with. One of the worst types of truck crashes is the side or rear underride crash. We take a look at how these occur, what the tragic results often are, and how they may be prevented.

What Is a Truck Underride Crash?

There are an estimated two million commercial tractor-trailer trucks on the road in the United States. When you are in an average-sized family car sharing the interstate with one of these trucks, the size difference can be frightening, and for good reason. In a collision, a 40-ton semi-truck will always win against a car that weighs under two tons. However, weight is not the only danger. The height difference between the trailer of a semi-truck and an average car can lead to what is known as an underride crash. In a rear underride crash, the truck has slowed or stopped suddenly and the car behind it is unable to stop and collides with the rear of the truck. However, because the car is so much shorter than the truck, instead of stopping, it slides underneath the trailer, often crushing or slicing off the top of the car. In a side underride crash, a passenger vehicle collides with the side of a semi-truck’s trailer and slides underneath with the same result.

Several factors can cause a car to collide with the trailer of a truck, including the following:

Whether it was the driver of the car or the semi-truck who is technically at fault in an underride crash, the trucker or trucking company could be held at least partially liable if the truck is lacking the safety equipment that could have prevented the underride wreck.

How Underride Guards Can Prevent Tragedy

In order to stop cars from sliding underneath a truck, an underride guard can be mounted to the back and side of the trailer. The car will then collide with the guard at a lower point on the car, protecting passengers and preventing an underride slide. While these collisions can still be serious, the guards, when properly constructed and installed, save lives.

Although all trucks with a separate trailer must be equipped with a rear underride guard—a regulation that has been in place since 1998—there is no requirement for the materials and design of the guard and many of the guards are not adequate to protect the occupants of cars. There is currently no regulation regarding side-underride guards. While some trailers do have them, they have not been proven to be strong enough to prevent all underride crashes. Single-unit trucks, such as box delivery trucks, are not required to meet the same underride guard standard.

What Happens to the Occupants of a Car in an Underride Collision?

Underride crashes can be particularly gruesome. As the bumper and hood of the car—which are designed to absorb impact in a crash—slide underneath the trailer, the windshield and passenger compartment take the impact instead, just inches from the occupants. Often, the top of the car is sheared off and the vehicle’s occupants are crushed or—horrifically—decapitated. When a car slides completely under a truck—whether from the rear or the side—the occupants rarely survive.

What an Indiana Truck Accident Lawyer Can Do for You

If you or a family member was the victim of an underride crash, there may be several liable parties in a personal injury or wrongful death lawsuit. Call our Indianapolis office at 1-800-253-5537 to arrange a free consultation to discuss your options.