Fatal Car Crashes Are on the Rise in Indiana, Here is How To Keep Your Loved Ones Safe 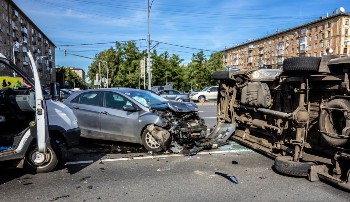 Despite today’s cars being the safest that have ever been on America’s roads, fatal car crashes are at the highest level since 2005 and are increasing rapidly each year. When someone is killed in a crash caused by the negligent actions of another driver, that person’s survivors can sometimes file a wrongful death suit to recover damages for their loss. We take a look at why deadly crashes are happening more often and explain how our Indianapolis wrongful death lawyers can help you hold the negligent party responsible for their actions.

Why the Recent Increase in Fatal Car Crashes?

Nearly 43,000 people died in motor vehicle crashes across the country in 2021, a 10 percent increase from 2020 and an 18 percent increase since 2019. This is the highest two-year increase since the period between 1944 and 1946. However, we are not a nation welcoming soldiers back from war, and we have not seen the drastic increase in cars on the road we saw after the war. We are also driving cars that have safety features that could not have even been imagined by drivers in the 1940s. So why are we seeing such an increase in fatal crashes?

Researchers are not entirely sure why more crashes are proving to be deadly in recent years, but they have some theories. Yes, cars have safety features such as airbags, automatic braking, lane centering, rearview cameras, and more, but other features of new cars might be offsetting the benefits of these technologies. That, combined with driver behaviors we have not seen in the past, could account for the increase. Factors that seem to be contributing to recent fatal crashes include:

Whatever caused the crash that killed your loved one, if another driver is to blame, you might be able to file a claim for wrongful death damages.