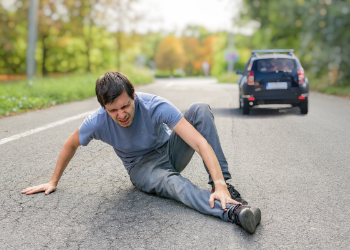 At Keller & Keller, we have represented many individuals who were injured in a car accident where the at-fault party fled the scene. It happens more frequently than you might imagine. According to the National Highway Traffic Safety Administration, hit-and-run crashes in the United States rose more than 13% from 2009 to 2011.

Many of these accidents involve pedestrians and too many of them are fatal. The AAA Foundation for Traffic Safety found that one in five of all pedestrian fatalities were hit and runs and 60% of pedestrians involved in a hit and run suffered fatal injuries.

Obviously, drivers who hit someone and flee the scene are often fleeing other problems. They are more likely to have alcohol or drugs in their system, are driving without a license, have a warrant out for their arrest, or are breaking other laws.

New Mexico has specific laws regarding a hit and run drivers. A New Mexico Statute reads that the driver of any vehicle involved in an accident resulting in injury or death to any person shall immediately stop the vehicle at the scene of the accident. Any person failing to stop or to comply with requirements where the accident results in great bodily harm or death is guilty of a fourth-degree felony. Any person who knowingly fails to stop or comply will be charged with a third-degree felony. If the person fails to stop, but the accident does not result in great bodily harm or death, the person will be charged with a misdemeanor. However, these punishments can only be enforced if and when the driver is caught.

Recovery for a Hit-and-Run Victim

Hopefully, the hit-and-run driver is identified and caught. However, it is not uncommon for these drivers to get away with their crimes. If you are involved in a hit and run accident, try to get the driver’s license plate number and a description of their car and person. Any identifying information is helpful to the police. If the vehicle is identified, a personal injury attorney may have enough information to conduct an insurance investigation. If the driver is not identified or does not have insurance, your uninsured motorist coverage will protect you. Learn more about uninsured motorist coverage here. If you are injured by a hit-and-run driver in New Mexico, call the New Mexico car accident lawyers of Keller & Keller right away so that the investigation is not delayed.