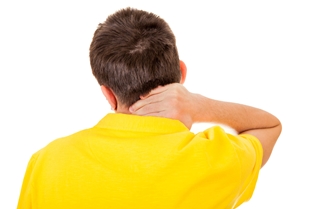 It has been nearly 10 years since the tragic death of actress Natasha Richardson in a skiing accident in Canada, but the injury she suffered should not be forgotten. After a fall in a beginner’s ski lesson, Richardson said she felt fine and returned to her hotel room. It was not until a few hours later that she began to feel unwell and an ambulance was called. She died two days later of what was determined to be an epidural hematoma suffered in the fall.

This sad story is a reminder that serious head injuries can go undetected for hours or days but ultimately result in death. This condition is sometimes referred to as talk and die syndrome.

What Is "Talk and Die" Syndrome?

Talk and die syndrome is the aftereffect of a head injury in which patients suffer a blow to the head, assume they are OK, but then decline rapidly. This is not an uncommon phenomenon with brain injuries and can be caused by an epidural hemorrhage. This type of head injury causes blood to become trapped between the skull and the hard layer of skin between the bone and brain known as the dura mater. As the blood flows from the ruptured artery, the fluid continues to build until it punctures the dura.

Many car accident victims who fracture their skulls are unaware that they are injured. In these cases, the fracture typically occurs just above the ear, in the temporal bone. If the artery that runs above the skull gets torn and begins to bleed above the lining of the brain, pressure begins building on the brain causing the brain to swell. As the blood flow to the brain is reduced, the patient begins to feel the symptoms associated with talk and die syndrome.

It is important to note that the initial impact does not have to be hard at all and the delay in any noticeable symptoms or signs of injury can range from three minutes to three hours—or even several days—after a car accident or slip and fall.

What Should You Do If You Hit Your Head in a Car Crash in Indiana?

Getting to a hospital within the first few hours after your accident is critical. Not doing so can result in permanent brain damage. Even if you do not feel any symptoms of a head injury and there are no outward signs of brain damage, it is important to be medically assessed.

Some of the symptoms that could be a sign of talk and die syndrome include the following:

​Talk and die syndrome is a frightening prospect for anyone. There's no telling when a seemingly minor bump on the head could become life-threatening. The only way for patients to protect themselves is to seek medical attention immediately when in doubt. Nothing is more important than the health and safety of a loved one. A few wasted hours in an emergency room is nothing compared to the loss of life.

by James R. Keller [email protected]
Connect with me
Partner at Keller & Keller
1 Comments
Popular British celebrity Natasha Richardson died as a result of the fatal "Talk and Die" syndrome caused by TBI. She suffered serious arterial dissection in her neck or delayed bleeding within the brain itself that led to her sad demise.
by denver personal injury attorney August 12, 2009 at 09:37 AM
Post a Comment

Albuquerque
We've helped injured people and their families for over 75 years.