What are the dangers of Indiana hazmat trucks? 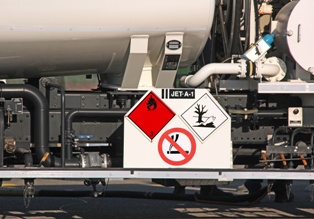 We see large tankers carrying hazardous materials on Indiana roads every day. We may not know what’s in the containers, but we know we don’t want to come in contact with whatever it is. When one of these trucks crashes and hazardous material is released, motorists are in danger of more than just broken bones. Exposure to chemicals could cause a variety of ailments, including chemical burns, respiratory damage, eye damage, and organ failure, and the trucker may not be the only liable party.

What Are Hazmat Trucks Carrying?

In Indiana, hazardous materials are grouped by several classifications, depending on risks associated with them. Trucks are required by law to communicate the risks through signage on the tank indicating what is being transported. The driver is also required to carry shipping papers and emergency response information. Trucks in Indiana may be transporting the following materials:

If a hazmat truck crashes and releases any of these materials, even those not directly involved in the crash could suffer injuries.

Who Is Liable for a Hazmat Truck Spill?

In the case of a hazmat truck crash, liability for damages will have to be determined. An investigation into the trucker’s actions, maintenance and repair records on the truck, and actions on the part of the shipper of the hazardous materials must be conducted. If the trucker’s actions caused the crash, but the hazardous materials he was hauling caused most of the harm, there may be a shared responsibility.

Our Indiana Truck Accident Attorneys Will Represent Your Interests

If you were injured or a loved one was killed in a hazmat truck crash, you need a law firm that will pursue every possible liable party on your behalf to get you the compensation you need to recover from your losses. Call Keller & Keller when you want tenacious, experienced representation.