What happens if I'm in a car accident with an unlicensed driver? 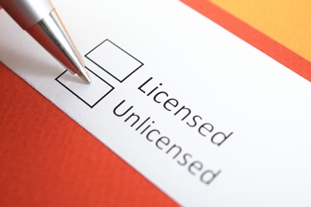 It is traumatic enough just to be involved in a traffic accident, but to discover that the driver who caused the crash is unlicensed and may not be insured makes matters even worse. Where do you stand in such a situation? We explain several scenarios here.

It makes no difference whether the driver who hit you was operating the vehicle with a suspended Indiana driver's license or he never had a license at all. In the eyes of the police, both drivers are unlicensed drivers and this will be noted in the accident report. However, the status of the driver’s license will not affect determination of fault. If he is to blame for the crash, he will be at fault. The more important question is whether the vehicle he was driving is insured. The following are all possibilities:

How to Protect Yourself

While the ideal situation is for the driver who hit you to be legally licensed and fully insured, we can’t choose who is going to cause our accidents. That is why it's important for you to carry uninsured motorist insurance and that you work with an attorney even if you are only dealing with your own insurance company. Believe it or not, your own insurer can be just as hard to negotiate with as another driver’s. Contact the experienced car accident lawyers at Keller and Keller to handle your claim, no matter what the circumstance!