Learn the Facts About Traumatic Brain Injuries in Indiana 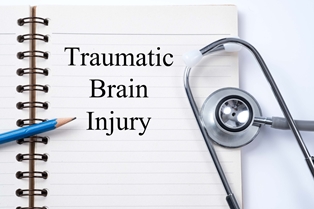 Traumatic Brain Injury (TBI) is a leading cause of death and disability in the United States. TBIs are most often caused by falls and being struck by an object, but TBIs sustained in motor vehicle crashes are the second-leading cause of fatal TBI. As personal injury attorneys, we are greatly concerned with the causes and effects of traumatic brain injuries. We share these facts and statistics to inform you of the risks you may face of suffering a TBI. If you or a loved one does experience such an injury in a motor vehicle accident, construction site accident, or slip and fall, the Indianapolis auto accident attorneys at Keller and Keller would be happy to represent you as you seek compensation.

How Common Are Traumatic Brain Injuries?

According to the Centers for Disease Control and Prevention, traumatic brain injuries occur every day in the U.S. Some important facts include the following:

Who Is Most Likely to be Injured?

What Are the Common Causes of TBIs?

Across all age groups combined, falls were the leading cause of Traumatic Brain Injuries in 2010 at 40 percent. Being struck by an object—including gunshots—accounted for 15.5 percent and motor vehicle accidents accounted for 14.3 percent. Assaults resulted in 10.7 percent of head injuries. The remainder—19 percent—were for unknown reasons. Causes varied by demographic, including the following:

What Is the Cost of Care for Traumatic Brain Injury Victims?

The direct and indirect costs of traumatic brain injuries in the United States have been estimated to be $48.3 billion annually. Survivor costs account for $31.7 billion and fatal brain injuries cost another $16.6 billion. The lifetime costs for one person surviving a severe TBI can reach $4 million. An estimate of medical and non-medical (e.g., home modifications, vocational rehabilitation, health insurance) per TBI survivor averages $151,587.

What Are the Effects of a TBI?

Although the largest group of TBI survivors are young adults in their prime working years, many survivors, particularly those with a severe TBI, do not return to work. Estimates vary widely, ranging from a low of 12.5 percent to as high as 80 percent who do not return to work. Survivors of a severe brain injury are likely to experience prolonged anxiety and depression, and are at a high risk for loss of friendships and social support.

Brain injuries can affect a wide range of functions, including the following:

TBI can also cause epilepsy and increase the risk for conditions such as Alzheimer's disease, Parkinson's disease, and other brain disorders that become more prevalent with age.

How Can I Better Protect Against Traumatic Brain Injuries?

Motorcyclists using helmets help reduce their risk of suffering head injuries of all types, and, contrary to a popular misconception, are not associated with increased neck injuries. As many as 74 percent to 85 percent of bicycle-related head injuries could be prevented if bike riders were to wear protective helmets. An average of 140,000 head injuries per year are attributed to children and adolescents in bicycle accidents.

Air bags have been associated with a substantial reduction of fatalities in motor vehicle accidents involving adults (a 14 percent decrease in fatality for front passengers wearing seat belts and a 23 percent decrease for those not wearing seat belts). However, children younger than 10 (seated in the front seat) had a 34 percent increased risk of dying in frontal crashes in cars equipped with dual airbags.

Claim a Free Consultation with Our Indiana Personal Injury Lawyer