When you are seriously injured in a car crash caused by another driver, you will face medical bills, lost wages, and other hardships due to your pain and suffering. You will be anxious to get the matter settled with the other driver’s insurance company so you can begin the process of recovering from your injuries. However, before you get too far in the process, you should be aware of some restrictions New Mexico places on personal injury—including car accident—claims. 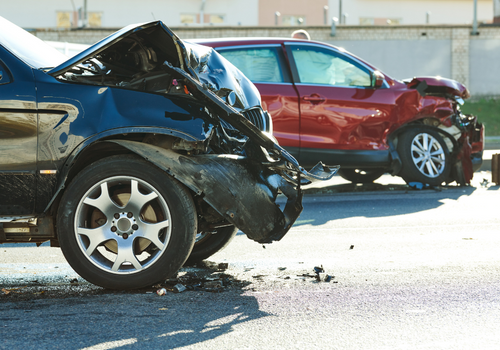 The statute of limitations for filing an injury claim in New Mexico is three years from the date of the accident. If you do not file your claim within three years, you may lose the opportunity to ever seek compensation.

While three years may seem like a long time, it is never a good idea to wait to file a claim. Evidence may be lost, medical records may be compromised, the offending driver could move, or any other things could affect the success of your claim. As soon as you have recovered enough from your auto accident to be able, you should contact an Albuquerque personal injury attorney and get started on your injury claim.

A common defense that at-fault drivers will mount is that of comparative negligence. In a New Mexico comparative negligence defense, the driver who has been blamed for the crash will claim that the other driver played a contributing role in the crash. For example, if a driver runs a red light and hits a car in the intersection, he or she may claim that the driver of the other car made an illegal turn and should not have been in the intersection, to begin with.

In New Mexico, this type of defense can reduce the damage award amount for the injured victim if it is successful. New Mexico follows a pure comparative negligence law—which means that, if the court agrees that there is shared fault, the damage amount for the victim will be reduced by the percentage of his fault. For example, if it is determined that the plaintiff is 10 percent at fault for a crash, his damage award will be reduced by 10 percent.

Unlike many other states, New Mexico does not set a 50 percent bar for comparative negligence, so even if one party is determined to be 99 percent at fault, the other party’s compensation will be reduced by one percent.

If you are the victim of another driver’s negligence and he or she takes a shared-fault defense, you will need an experienced New Mexico auto accident lawyer to argue your side. Damages can be significantly reduced by sharing the blame and, if your actions played no part in the cause of the accident, you would have to prove that to the insurance company or judge.

Caps on Damages in New Mexico

Some states place a cap on the total amount of money a personal injury claimant can be awarded. In New Mexico, however, caps are only placed on cases involving medical malpractice. There are no caps on either compensatory or punitive damages that can be awarded for a car accident claim.

Compensatory damages include medical bills, lost wages, pain and suffering, and property damage. Punitive damages are those charged to the negligent party as a form of punishment for a particularly outrageous level of negligence, such as for driving drunk.

While there are no caps on damages for car accidents in New Mexico, you will still need an injury attorney working for you to ensure you get the maximum settlement you are entitled to.