Even the most common types of injuries caused by car accidents can be dismissed by the insurance company. It's possible they don't believe the 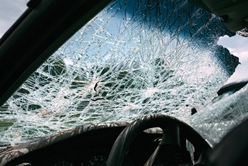 extent of your injuries or that they are trying to blame you for the injuries. Another possibility is that they simply aren't empathetic to the pain and trouble the accident has caused you.

If you have suffered any of the five injury types below, you can take comfort in knowing that our Indianapolis car accident lawyer is currently working with clients across the state who are in a similar situation. It's likely we can start working on your case the same day and provide you with answers that are going to give you immediate comfort.

With regard to the insurance company, we'll send a letter telling them that they are not to contact you and we will be handling the claim from now on.

The top 5 injuries sustained by our car accident clients in Indiana often include one or more of the following: