You were seriously injured in a motor vehicle crash that was not your fault. In fact, the other driver’s negligence was clearly established by police reports and the driver’s own admission. The next step should be a fair settlement from the at-fault driver’s insurance company to compensate you for your medical bills and lost wages, right? Wrong! It is the insurance company’s goal to pay out as little as possible on their policies, even for claims that should be open and shut. How do they justify denying or devaluing your claim? By making excuses and accusations such as the ones written below by our Indianapolis car accident attorney.

The reality is that if insurance companies paid every claimant what the claimant thought they were owed, the insurer would go broke, and the world would not need accident 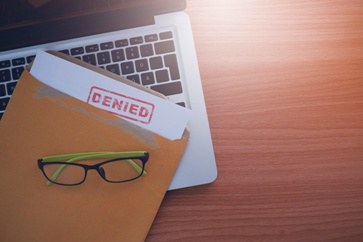 attorneys like Keller & Keller. For the insurer, every claim is an opportunity to save money, so they will try any tactic to get you to accept less than what you are owed or to walk away with nothing. We have heard every excuse and accusation in the book. Here are some of the most popular Indiana insurance companies:

These excuses are just that—unjustified excuses to deny your claim. Keller & Keller lawyers have been ignoring these excuses from insurance companies for over 75 years in Indiana. When you call us right away after a car accident, you won’t even have to hear these accusations and excuses. We will take make sure your claim is given the respect and attention it deserves. If the insurance company fails to take it seriously, our Indianapolis car accident lawyer will file a lawsuit on your behalf. Call us or fill out our contact form to find out more about how we help victims of Indiana car accidents.

Speak With an Indiana Attorney