The aftermath of a car crash in Albuquerque is a confusing time. Collisions happen so suddenly that it can be hard to even comprehend what happened. If you also suffered an injury in the crash, you are likely to be even more confused about what to do or say. Unfortunately, your statements and actions, even 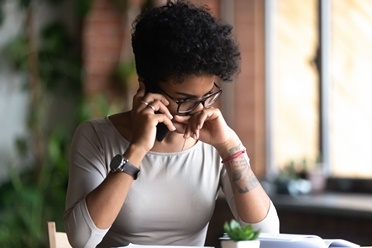 hours or days after the crash, can impact your ability to get the compensation you deserve when another driver’s negligence caused the crash. As awkward as it might feel, our best advice is to say as little as possible to the police and to any insurance adjusters who contact you until you have found a personal injury attorney to represent you. More specifically, our Albuquerque car accident lawyer advises you to avoid making any of the statements we list below.

People tend to react to crashes in one of two ways. Either they get really angry, or they feel apologetic. Unfortunately, neither of these responses is ideal. Although it is very difficult to do, it is important that you remain level-headed and that you think through your response before you say or do anything. Ironically, it is often the person who actually caused the crash who reacts with the most anger, and victims often feel like they need to offer an explanation. We strongly suggest that you avoid making any of the following kinds of statements:

We understand that this list is a lot to remember, which is why our best advice is to say as little as possible and contact Keller & Keller in Albuquerque as soon as possible. Once you hire us, we will take over all communication with the insurance company, the police, and the other driver’s attorney.

Insurance Companies Will Try to Trick You

Wouldn’t it be nice if we could trust that everyone was committed to doing what’s right? Unfortunately, this is just not the case, especially when it comes to insurance companies. The adjuster assigned to your case has an obligation to save their employer as much money as possible, and they have a variety of tactics to accomplish that goal. They will try to get you to contradict yourself, hunt for past injuries, push you into a quick settlement, or do all they can to drag your case out. Again, the less you say, and the sooner you contact your own attorney, the better off you will be.

At Keller & Keller, We Have Your Back!

The worst nightmare for the insurance company for the negligent driver is a knowledgeable victim. When you refuse to play their game and avoid making the kinds of statements they hope you will make, they know they are in trouble. And once you hire us to represent you, we will make sure your privacy is protected as we pursue the full value of the claim on your behalf. And the best part is, you won’t owe us a dime until we resolve your case to your satisfaction.