What's the Difference Between Wolfdogs and Wolf Hybrids? 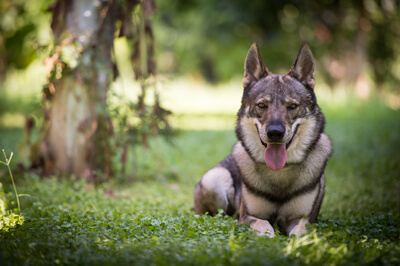 To be completely honest they are not a pet/companion for everyone, they are not watch-dogs so if you are looking at them for security, they will not protect you, wolves in general are more afraid of humans then humans are of wolves, there is no such thing as a big bad wolf.

Like any dog you should not leave them unattended around small children, their life span is generally 12-15 years, which means you will have a toddler type of mentality for the span of their life. Their diet is different, as the higher percentage of wolf they are the more they need a well-balanced raw diet.

They are as smart as smart can be, which sometimes can work against you.

In the wild there are less than a dozen documented cases where a wolf attacked a human in the United Sates; wolfdogs statically are not dangerous animals. There are several other breeds of dogs that top the most dangerous type of canine breed. Like any canine a dog in pain with an underlining health issue or the product of inbreeding can cause the animal to be aggressive.

Like any animal a dangerous situation more times than not is caused by human failure.

The biggest problem we see in rescues are back yard breeders who sell to people not qualified to have this breed of canine, people with no northern breed experience, people without proper containments. Wolfdogs require containment. 8’ fencing ( minimum ) with 36” lien ins or a fully covered roof, dig guards on the ground, as wolfdogs are escape artists and can scale a 9’ fence like it’s nothing and are master excavators when it comes to digging.

Having lived with wolfdogs for nearly 20 years, they are life changing, you will not be going on long vacations anymore because leaving them behind is exceedingly difficult but with proper training and socialization you can have the greatest bond you may ever have with an animal. I proudly was owned by Ambassador Sage who was one of the most accomplished Ambassador wolfdogs ever, she did educational work at schools, libraries, venues like Comicon, girl scouts, discovery centers, hospice work, assisted living, modeling, music videos and movies. So, they can be trained, but this is a lifelong commitment.

I do not encourage anyone to run out and obtain a wolfdog, if you are interested in this breed, I recommend you volunteer at a sanctuary, join wolfdog Facebook groups, and get the opportunity to hang out with them in real life and really learn about them, also really search for a good breeder who will require all that I have written about.

An incredibly special thanks to the Keller Law Firm for allowing me to write this article.

6 Dog Bite Questions You Should Ask

1How does a lawyer determine the value of my dog bite case? 2How do I find out if the dog owner has insurance? 3What should I consider when hiring my dog bite lawyer? 4Does it matter if I was on public or private property? 5How long do I have to settle my dog bite claim? 6How long will my dog bite case take?

What to Do if You're Attacked