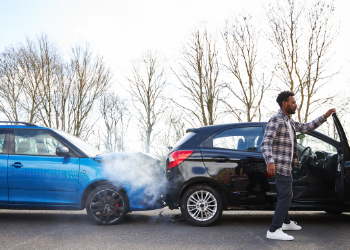 We’ve all had a close call with a driver who was speeding or aggressively changing lanes, and we know how dangerous these driving habits can be. According to a study conducted by Indiana University, a significant number of fatal and injury crashes are caused by dangerous driving behaviors. IU’s Public Policy Institute has been looking at data from the Indiana State Police for the last several years to determine how many serious crashes are caused by the three driving behaviors they identify as dangerous: speeding, disregarding traffic signals and driving aggressively.

Indiana Drivers Are Taking Risks on the Road

The IU study shows that we are at significant risk of being injured or killed by dangerous driving in Indiana. In 2017, there were 911 fatal collisions across the state. Twenty-seven percent of those, or 248, were caused by some form of dangerous driving. Nearly 20 percent of all crashes causing a non-fatal injury were caused by speeding, ignoring traffic signals, or driving aggressively.

Other important takeaways from this study include:

While it is not surprising to learn that aggressive and careless driving causes serious accidents, it is important to be able to identify the cause of a crash if you are injured or a loved one is killed.

Determining liability is a key aspect of a car accident claim. To be fully compensated for your losses, you must show that the other driver was 100 percent at fault in the crash. As Indiana car accident attorneys, we see dangerous driving behaviors such as speeding, driving aggressively, and ignoring traffic signs and signals as evidence of liability.