Understanding DUI Dangers in Indiana & How To Stay Safe 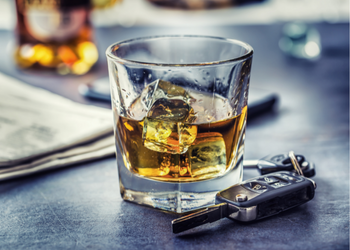 Despite state and federal efforts over the years to stop it, drunk and drugged driving continues to be a problem in Indiana and across the country. When people choose to drink or take drugs and drive, they put their own lives at risk, as well as the lives of others on the road. We take a look at DUIs in Indiana in an effort to reduce the frightening statistics and prevent traffic fatalities.

The acronym "DUI" stands for driving under the influence. The most common DUI offense in Indiana is driving with a BAC (blood-alcohol concentration) over the legal limit of .08 percent. If you are under the age of 21, you can be charged with DUI for registering a .02 percent. It's also important to understand that DUIs aren't always alcohol-related. Drivers can also be charged with a DUI if they are found operating a vehicle while under the influence of any substance or drug that has impaired their ability to drive, and this includes:

Impaired Driving In Indianapolis Is a Crime

Regardless of the acronym, it is a criminal offense in Indiana to drive a vehicle while under the influence of alcohol, drugs, or a combination of both. To be charged with this offense, evidence of impairment as a result of drugs or alcohol must be present and visible.

Driving under the influence in Indiana often results in a Class A misdemeanor charge for the driver involved and is punishable by up to one year in prison and up to a $5,000 fine. However, the offense may be elevated to a felony if the incident involved a fatality, serious injury, or extensive property damage. Accidents involving serious injuries often result in a felony DUI for the driver under the influence. Accidents involving fatalities result in the impaired driver receiving a much stronger sentence, such as vehicular manslaughter or vehicular homicide. Felony DUI charges, vehicular manslaughter, and vehicular homicide charges can all result in sentences that include up to 3, 8, or 20 years in an Indiana State prison.

​Approximately 3 out of 10 Americans will be involved in an accident involving a drunk driver at some point in their lives, and according to one government study, over one-third of all deaths of people aged 15-20 is a result of driving while under the influence of drugs or alcohol. These statistics serve as clear evidence as to why drunk driving or driving under the influence is an epidemic affecting America's roadways.

We Represent Victims of Drunk Drivers in Indiana

The Indiana State Police make thousands of DUI arrests every year in our state. However, when compared to years gone by, DUI arrests appear to be on a slight downward trend, which is often attributed to the zero-tolerance policies our state troopers use when handling alcohol-related offenses.

1How much is my car accident case worth? 2When should I go to the doctor? 3How long will my case take to settle? 4What if the other driver didn't have insurance? 5Will you handle my property damage claim, too? 6How much does it cost to hire Keller & Keller?
To Reach Us Immediately Call
1-800-2-Keller