Proving Fibromyalgia Is More Complicated Than You May Think 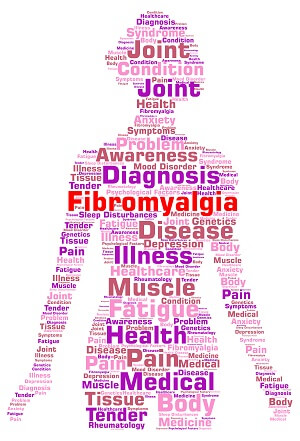 This places folks with Fibromyalgia in a bit of a bind. Judges love X-rays and MRI’s, yet Fibromyalgia sufferers do not always have pain in the joints. Frequently, they have pain in muscles groups, a feeling of being sensitive to touch in all areas, an inability to concentrate due to “fibro fog,” or, even, symptoms of Irritable Bowel Syndrome. None of these symptoms can be diagnosed with an X-ray or MRI.

Years ago the American College of Rheumatology (“ACR”) developed two ways to determine if a person is suffering from Fibromyalgia. Briefly, the first way is based on the location of “tender points” in a person’s muscles. The second way uses a constellation of symptoms. If a person displays these symptoms, and there is no other reasonable cause, then that person has Fibromyalgia.

SSA incorporated these two ways into their Regulations in a Social Security Ruling in 2012. Prior to that time, many judges refused to believe Fibromyalgia even existed. When I worked for the Indiana Disability Determination Bureau, most of the medical consultants refused to believe Fibromyalgia was anything more than pain manifested by people with Depression. Fibromyalgia sufferers often are depressed (it is one of the symptoms the ACR noted in its constellation).

Since 2012, SSA judges pay more attention to diagnoses of Fibromyalgia, but in a twist of irony, they use the requirement of their rules against the people suffering from the disease. They take the first way to diagnose Fibromyalgia and say if a person has fewer tender points than the rules require, then their pain is not caused by Fibromyalgia. If their pain has no cause, then the judge can ignore it in his/her decision. Often times, Judges like these, a minority of SSA judges, never consider the second way this condition can be diagnosed.

Recently, after winning a new hearing for a wrongly denied woman, she and I appeared at a second hearing in front of the same judge who denied her the first time. For this second hearing, the judge called a doctor to testify. I grew more annoyed as the doctor testified. I am not a doctor, but I do know SSA rules and I know how to read a file. The doctor claimed there was no exam of tender points in the file, which he said meant my client did not have Fibromyalgia. Mind you, she had been diagnosed with Fibromyalgia 6 years ago.

When I asked the doctor if he was familiar with the ACR’s 2010 diagnostic criteria from SSA’s regulations, the judge let out an audible scoff. Neither judge nor doctor had heard of this alternative way to diagnose Fibromyalgia. The judge denied the claim. We went back to Court, where SSA’s attorneys were familiar with the ACR’s 2010 criteria and agreed my client should receive a new hearing with a different judge.

Our Disability Attorneys Can Help You