Can You Get Social Security Benefits for Epilepsy? 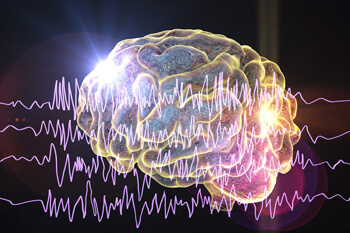 Epilepsy is a neurologic disorder causing seizure activity. Seizures are involuntary movements of the body that can involve a range of symptoms including loss of consciousness, body convulsions, staring spells, fatigue, memory loss, excessive sleepiness, and uncoordinated activity. Epilepsy can be the basis for receiving disability benefits from the Social Security Administration.

Objective testing exists for epilepsy. Either an MRI of the brain or an electroencephalogram (EEG) can confirm epileptic activity in the brain. Often, a person will first discover they have epilepsy because they have a seizure. Usually, that seizure activity will be severe at first until the person is treated by a doctor, usually a neurologist. The neurologist will often prescribe anti-seizure medication, such as Dilantin or Lamictal, which will hopefully control the epilepsy and prevent further seizures.

How Does Social Security Treat Those With Epilepsy?

When determining if a person is disabled due to epilepsy, the first important thing to keep in mind is that Social Security is only looking at how the disorder affects you after you are on anti-epilepsy medication, not before. Therefore, if the medication prevents further seizures, you are not likely to receive disability benefits for epilepsy, as the condition is now controlled. However, some cases of epilepsy are not controlled by taking medication. It is these uncontrolled cases of epilepsy that can lead to an award of disability benefits.

Types of Epilepsy That Can Qualify for Social Security Benefits

There are generally two types of epileptic seizures: tonic-clonic seizures and dyscognitive seizures. Both can lead to an award of disability benefits pursuant to Listing 11.02. Often, clients will mistakenly assume that simply having a diagnosis of epilepsy “makes them a liability” and therefore unemployable. However, Social Security will only award benefits for epilepsy when seizures in fact continue to occur frequently even though the person is taking medication as prescribed.

Tonic-clonic seizures (also known as grand mal seizures) are convulsive seizures where a person loses consciousness and experiences convulsions and muscle contractions in the body. If a person has epilepsy which causes tonic-clonic seizures despite the use of prescribed medication, then the person will be presumed disabled under Listing 11.02 if the seizure activity occurs at least once a month for three consecutive months.

Dyscognitive seizures (also known as focal seizures) are seizures where the person loses consciousness but does not experience convulsions or muscle contractions. If a person has epilepsy which causes dyscognitive seizures despite the use of prescribed medication, then the person will be presumed disabled under Listing 11.02 if the seizure activity occurs at least once a week for three consecutive months.

Medical Evidence Is Needed to Receive Social Security for Epilepsy

Evidence must be presented to Social Security in epilepsy cases that show you are following prescribed treatment and having seizures frequently enough to satisfy the listing for the type of seizure you experience. First, you must show you have proper diagnosis of epilepsy following either an MRI of the brain or EEG testing which confirms epileptic activity in your brain. Next, you must prove you are following the prescribed treatment of your doctor (taking meds as prescribed, avoiding drugs and alcohol, etc.).

Some judges will require you to provide bloodwork which shows your anti-epileptic medication is showing up at a therapeutic level in your blood (meaning you’re taking the medicine and not skipping doses). Finally, you must prove how often your seizures occur. This last step can be tricky because treatment notes from your neurologist won’t be necessarily indicate the frequency you experience seizures. Especially for a person who has experienced them for a long time, the patient knows how to manage their condition with the help of friends and family, and therefore won’t go to the ER or the doctor each time a seizure occurs. In order to establish frequency of seizures, I often advise my clients to keep a seizure journal. In this journal, each seizure is recorded with a time and date and a description of the seizure and how long its effects lasted afterwards (known as the post-ictal period). These contemporaneous notes can be submitted to a hearing judge as evidence of the frequency that should satisfy the listing for seizure frequency.

What if You Suffer Seizures That Aren't Epilepsy?

Sometimes seizures occur even though the person doesn’t have a diagnosis of epilepsy. This is a mental health phenomenon known as pseudoseizures. Pseudoseizures can be convulsive or non-convulsive seizures caused by mental health disorders, such as anxiety, panic disorder, PTSD, personality disorder, or a conversion disorder. Which pseudoseizures won’t meet a listing for epilepsy, they can be the basis for an award of disability. However, proving them can be a bit trickier and the likelihood of success is certainly lower.

The diagnosis of pseudoseizure should ideally be diagnosed by mental health professional, such as a psychologist or a psychiatrist. Pseudoseizures are evaluated under Listing 12.07 of the mental health listings for somatic symptom disorders. This listing requires marked limitations in a person’s abilities as a result of the pseudoseizures. In the past, I find clients with severe pseudoseizure disorders will have marked limitations in their ability to persist at tasks and their ability to manage their day-to-day lives. While this can be a more challenging case than a case of seizures caused by epilepsy, it is not impossible. Such a claim is appropriate when the seizures continue to occur frequently despite adherence to mental health treatment and use of mental health medications.

Our Social Security Attorneys Can Help With Your Claim for Benefits

Regardless of whether they are caused by epilepsy or a mental health condition, an uncontrolled seizure disorder can be very disruptive to a person’s ability to function on a day-to-day basis. A person’s ability to work a full-time job will be significantly affected if the seizure activity requires them to spend an excessive amount of time off task while at work or require them to take an excessive amount of absences as a result of having too many seizures.

If you have been diagnosed with epilepsy and have questions about qualifying for disability, reach out to our experienced team of Social Security disability lawyers today for a free case evaluation.