The recent death of a motorcyclist in northwest Indiana has highlighted a disturbing trend. 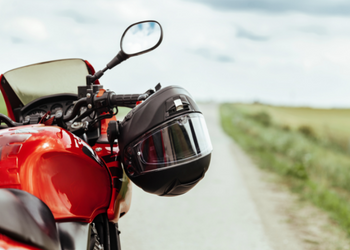 According to officials in Lake County, 34-year-old Indianapolis resident, Leon Collier was riding along Indianapolis Boulevard in the East Chicago area. As Mr. Collier approached Indiana 912, around 1:45 a.m., he crashed for unknown reasons.

Paramedics responded to the scene but were unable to save Mr. Collier, who suffered blunt force trauma to the head. It is unclear whether any other vehicles were involved.

Despite their age and years of experience, motorcyclists are at constant threat of serious injury and even death. The protection offered by a helmet simply cannot overcome the risk of being thrown from a bike.

Since 1998, when 2,200 people were killed in motorcycle-related accidents, the number of deaths rose to 5,100 by 2007, according to Westat and Dynamic Services International, our Indianapolis motorcycle accident attorney explains further.

Indiana is one state that does not require helmets for adult riders, although riders under 18 must use head protection. Riders should know that not all helmets meet uniform safety standards.

The United States Department of Transportation has laid out Federal Motor Vehicle Safety Standard No. 218 to cover helmets sold domestically for on-road use. But the DOT puts the owners on manufacturers to test and certify their own equipment.

Helmets must also allow the peripheral vision of no less than 105 degrees from the midline and no raised surface on the helmet may be higher than 5 millimeters.

Updates to the standard now required improved labeling. Manufacturers must include their name, the model number or name of the helmet, "DOT" and "FMVSS 218," along with the word "certified."

The Snell Memorial Foundation has established its own safety standard that goes beyond the government standard. In Europe, helmet standards are established by the United Nations Economic Commission for Europe (UNECE).

The vulnerability of a motorcyclist is immense and head injuries are a common occurrence. Regardless of the number of years of experience, a rider has, a motorcycle helmet needs to be worn at all times while operating or riding as a passenger.  The effectiveness of helmets varies greatly, so be sure to investigate your helmet's safety rating before making the purchase.