The Difference Between SSDI and SSI (And Why SSI Needs Reform) 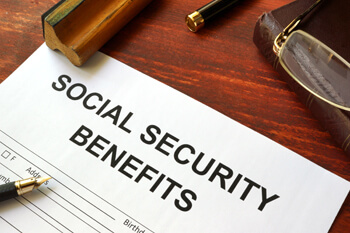 Generally, those who find themselves disabled and unable to work may apply for two different benefits – Social Security Disability Insurance (SSDI) and Supplemental Security Income (SSI). To obtain benefits from either program, someone has to be found disabled. Before even reaching this question, however, Social Security will evaluate someone’s preliminary eligibility.

Many people don’t even know they have it, but most workers have coverage for SSDI, which is an insurance benefit. It provides income replacement if a worker becomes unable to continue working. Workers pay for this insurance indirectly when the FICA tax is deducted from their paychecks. Social Security’s official website contains specific information about how much work is needed to qualify for SSDI.

SSI is called “supplemental” but very frequently it is the only benefit for which someone is eligible if that person does not have a significant work history. To be eligible for this benefit, someone must have little to no assets or income, and also has to meet other criteria.

6 Reasons Why SSDI Benefits Are Often Superior to SSI

The longer I have represented Social Security claimants, the more I have recognized that SSDI is a far superior benefit. This is good for longtime workers, but disadvantages those who, for whatever reason, do not have much of a work history. There are many reasons SSDI is better:

This is not to say that the SSDI program is perfect. It involves a five-month waiting period, meaning someone’s disability benefits do not become effective until five full calendar months after that person became unable to work. And, of course, Social Security’s decision makers can make unfair disability determinations.

While SSDI has some problems, the SSI system is deeply flawed and needs serious reform. It is calculated unfairly and is grossly insufficient to meet even the basic living needs of this country’s impoverished disabled.

SSI’s need-based criteria are outdated. An individual cannot qualify if they have more than $2,000 in the bank. This figure has not been adjusted for inflation since it was last changed in 1989. Any other income by an SSI recipient reduces the SSI award after the first $20 in other unearned income or the first $65 in earned income. These “income disregards” have not changed since SSI started in the early 1970s. SSI also penalizes the disabled who marry. In 2021, an individual can receive a $794 maximum benefit (before any other income offsets) but a disabled couple on SSI could only receive a maximum of $1,191. This is 25% less than two unmarried individuals would receive, a significant reduction for those living below the poverty line.

Various proposals have been suggested to modernize SSI to adjust for the rising cost of living or incentivize work. However, SSI has not recently seen any significant changes.

In my practice, perhaps the most frustrating issue I see is the SSI reduction for the “value of food and shelter." It’s well known that it can take a year, two years, or even longer for an SSI application to be approved. During that time, the disabled individual likely has no income, and will have to rely on a loved one for basic necessities of life (if they’re fortunate to have someone in a position to do this).

5 Ways SSI Could Be Drastically Improved

Social Security will reduce past due benefits for the value of these necessities, considering it unearned income. This reduces someone’s already meager monthly benefit by about 33%. For a disabled SSI recipient, it is extremely disheartening to hear that their hard-fought benefits will be reduced like this, especially since many incurred significant debt while awaiting disability.

In general, it should be a high priority to improve SSI in the following ways:

The deficiencies in the SSI program hurt certain people the most, including: those who did not work outside the home because they needed to attend to young children or others requiring care; those with a history of incarceration that has prevented work; and those whose mental illness has made them unable to sustain regular work. This is not an exhaustive list, but the bottom line is that SSI is only available to the most unfortunate people and, as I’ve heard from many clients, is not enough to live on. Even after fighting through the Social Security system to be approved, an SSI recipient can still struggle to meet their basic needs.