Just How Disabled is Disabled?

“Disability” means different things to different people in different contexts. It’s not so much an objective concept as a shifting subjective standard, defined broadly and variously by laws and regulations, medical experts, societal norms, and actual individuals with physical and mental impairments.

Under the Americans with Disabilities Act, a “disability” is “a physical or mental impairment that substantially limits one or more major life activities” of an individual, but it can also be “a record of such an impairment” or even “being regarded as having such an impairment.” Our Social Security attorneys detail further.

It has a far narrower meaning for purposes of Social Security. This blog has had several previous posts about the Social Security Administration’s definition of disability. But the important thing for this discussion is that Social Security is looking at your ability to do work in spite of your impairments.

These are overlapping concepts, but not the same thing. After all, the Americans with Disabilities Act is partially about providing protections for workers with disabilities, so that they can hopefully continue to work with reasonable accommodations, while Social Security disability payments are designed to help someone who cannot work because of their disability.

The Supreme Court has recognized that someone could work with accommodations under the ADA but not be able to work without those accommodations, such that a simultaneous claim for disability benefits and ADA protections against workplace discrimination are not incompatible.

When Your Disability Affects Your Being Able to Work 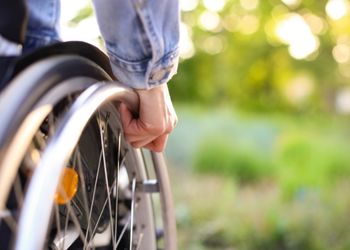 But what does it mean that you can’t work because of your disability? This probably seems like a simple question on its face. But imagine if you’re trying to create a nationwide system that produces more or less consistent results for everyone applying for disability. With such a massive program, the government has an interest in ensuring people don’t try to cheat the system to get paid to stay home.

A reviewer can’t just take someone’s word that they can’t work. And relying solely on whether someone is credible or not invites implicit biases to dominate decision-making, resulting in uneven and unfair results from case to case.

Plus, even if the government were to assume that everyone was honest, an individual worker can only really comment on whether they could do the work they’ve done before; I can say whether or not I could still perform my job as a lawyer if I developed a new limitation, but I wouldn’t be able to make much of a comment about my ability to perform a factory job.

So, Social Security requires you to provide objective medical evidence to show that you really have the issues that you have, and its fact-finders then have to decide whether those impairments could reasonably cause the limitations you’re alleging, looking also at statements from your doctors, former coworkers, family, friends, case managers, and anyone else who might provide a description of your limitations.

Because doctors are trained in diagnosing and treating medical impairments, and because treating doctors should know how your impairments have affected you over time, the agency tends to give greater attention to opinions from these medical experts, although that doesn’t mean that providing a doctor’s opinion means that the agency will accept everything that the doctor says, especially if they don’t explain their opinion very well or if their treatment notes don’t reflect what’s in the opinion.

All of this is only addressing the medical side of disability, though, not the important question of whether or not you could still work. To answer that question, the agency relies on vocational experts.

A vocational expert is really more an expert in how the agency thinks about work. Yes, they’re supposed to have “up-to-date knowledge of, and current experience with, industrial and occupational trends and local labor market conditions.” But they also need to understand how Social Security decides cases, and they need to be familiar with the resources that the agency uses to describe jobs. The primary resource used is the Dictionary of Occupational Titles, an ambitious effort by the government to describe in detail every type of job available in the nation.

The problem is that the Dictionary of Occupational Titles hasn’t been updated since 1991. The Department of Labor, which originally produced this dictionary, has since moved on to a much better resource called O*Net, which describes the characteristics of contemporary jobs. The Social Security Administration still insists on using this outdated guide, even though the American labor market has changed dramatically over the decades.

Vocational experts are supposed to be familiar enough with jobs to say how they’re currently performed or to explain how some jobs have become obsolete, to bridge the gap between the old standards and the new reality. They’re also supposed to be familiar with how many of these specific jobs used in the old dictionary are actually available in the national economy.

The problem is that there is no good source for saying what the old jobs are generally like now or how many of them there are. Consider the example of “document preparer.” In the Dictionary of Occupational Titles, there was a specific category for employees who prepared documents for microfilming. It was part of a wide range of jobs broadly characterized as general office clerks.

The different types of office clerks ranged in skill level, job details, and exertional requirements. A document preparer was supposed to be unskilled (meaning it could be learned in 30 days or less) and sedentary. It’s unlikely that there are very many full-time document preparers whose job it is to prepare documents for microfilming anymore. Even where microfilm might still be used, it seems pretty likely, as a basic commonsense matter, to imagine that those job duties are probably folded into the responsibilities of a fairly skilled office worker or archivist.

O*Net recognizes “document management specialists” as a current category of the employee; it describes these workers as those who “implement and administer enterprise-wide document management systems and related procedures that allow organizations to capture, store, retrieve, share, and destroy electronic records and documents.”

This sounds like it could include someone who could prepare documents for microfilming, but that’s probably going to be a small part of other job duties for this type of worker. After all, outside of libraries and archives with specialist workers, who would be microfilming things in the digital age?

Whereas “document preparer” was “unskilled,” O*Net says that a “document management specialist” requires two to four years of preparation and would typically be expected to have a four-year bachelor’s degree. The type of job covered by managing documents has changed radically (and by the way, the broader dictionary category of general office clerks also has its own separate O*Net description—this requires some preparation, typically lasting 3 months to a year).

Despite this, many vocational experts regularly testify to the existence of thousands of document preparer jobs available for someone who could not handle complex job tasks and who did not have specialized training, although the numbers range wildly from expert to expert.

They have no special training for this sort of thing. They’re given a pretty unreasonable task and yet expected to produce coherent testimony on available jobs at every hearing.

This broken process leads to inconsistent and unfair results that a rigid bureaucratic system is designed to avoid in the first place. Vocational experts are more or less trusted by factfinders not to pull their answers out of a hat, and yet they have no reliable standard for translating jobs between systems and showing how many jobs are actually available.

When properly questioned by a knowledgeable claimant’s representative, even a vocational expert indicating there are hundreds of thousands of jobs available for an individual may ultimately change their answers or at the very least show their testimony to be unreliable, disregarded by an administrative law judge who will hopefully then issue an unfavorable decision. But a lot of the time, the judge will still rely on that flawed and unsupported testimony.

This can create great fodder for further appeal, but from the perspective of a claimant who might already have been waiting years and experienced a couple of denials along the way, this can be a heartbreaking outcome, another seeming betrayal from a system expected to actually help workers when they can’t work anymore.

Just how disabled do you have to be to actually get disability benefits? Too often, that decision is left to the variable discretion of a stranger given an impossible task to process within the confines of an hour-long hearing. This system needs to be fixed. Social Security is ostensibly building a replacement for job descriptions and job number tracking, having found the Department of Labor’s current resource lacking, but it’s been dragging this out for years now. Something needs to happen. It is irresponsible of the agency to continue justifying denials of worthy applicants based on faulty job data. 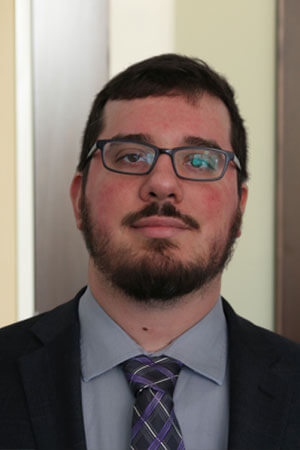