What should I do if I suspect my accident was caused by a drunk driver? 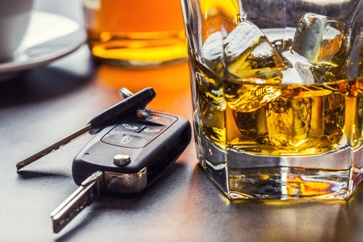 After the initial shock of the crash wears off, you try to understand how it happened. It was not raining or snowing, there was no traffic, visibility was good, and you did not suddenly slow down or stop. So what caused the other driver to slam into you? When you get out of the car to investigate, you notice that the other driver is not acting normally. He does not seem to have been injured in the crash, but he is behaving erratically and not making sense. Suddenly, it strikes you—this guy is drunk. You have been the victim of a drunk driver. What should you do?

Take These Steps at the Scene of the Car Accident

As you begin to get your wits about you, it’s important that you take steps to ensure your safety and to help investigators figure out what caused the accident later on. Proving that the other driver is 100 percent at-fault for the crash could mean that you will be entitled to full compensation for your medical bills, lost wages, and other damages. If you are able, we recommend doing as many of the following as possible:

If you were seriously injured in the crash and need to be transported to the hospital in an ambulance, you will not be able to do these things, and that’s ok. In fact, if an ambulance was called, the police will also be there. They will investigate and charge the other driver with DUI, which will help your claim later on.

If alcohol was a factor in the crash that left you injured, you want an Indiana car accident attorney who has experience with drunk driving crashes. Sometimes, it makes sense to wait for the conclusion of criminal proceedings before pursuing a civil claim. If the driver had been drinking in a bar before the crash, it might be possible to hold the bar responsible as well. When you talk to us about your case, we will explain all of your options in a free initial consultation. Contact us to get started today.