Who is liable in my Indiana motorcycle crash? 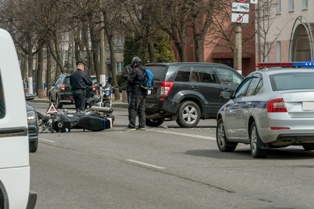 While it’s true that motorcycle riders are at a greater risk of serious injury and death than drivers and passengers in cars and trucks, that doesn’t mean they aren’t owed the same duty of care by the people they share the road with. Unfortunately, drivers are often either unaware of bikers near them or are openly hostile towards them. When a driver’s actions cause the crash that injures a motorcyclist, he or she may be held liable and made to pay for the damages they have caused.

Driver Actions That Cause Motorcycle Crashes

Because of the lack of protection afforded by a motorcycle, riders are among the most vulnerable motorists on the road. This doesn’t mean they deserve special treatment, but they do deserve the same space and respect that drivers give one another. When drivers do the following, they can contribute to a potentially fatal motorcycle crash:

When a driver’s actions cause a motorcycle crash, he or she can be held liable for the injured rider’s medical bills, lost wages, and pain and suffering.

If you were injured or a loved one was killed in an Indiana motorcycle crash, talk to the attorneys at Keller & Keller in Indianapolis. We protect the rights of motorcycle riders in Indiana.