How does witness testimony help a claim for compensation after an Indiana car accident? 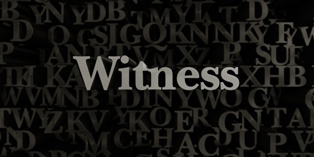 You may be confident that your Indianapolis car accident was caused by the other driver, but he may be just as confident that he did nothing wrong. Car crashes often come down to one driver’s word against the other’s. One way to back up your claim that you did not contribute to the cause of the accident is to gather the testimony of eyewitnesses.

Witnesses at the Scene Can Provide Powerful Testimony

Finding people who actually saw the crash as it happened could be vital to proving your claim. The best time to do this is at the scene of the crash. Asking witnesses for their contact information as the crash is cleaned up is an important step to take. However, if you are unable to talk to people at the scene because of your injuries or state of mind, you can follow up later with the police, who should have taken names and phone numbers as they investigated the crash. The more credible your witnesses are, the stronger your claim will be. People witness crashes from various vantage points, including the following:

Just like in a criminal case, witnesses will be questioned by the insurance adjuster or attorney for the at-fault party to find something that makes them less credible, such as a criminal record, intoxication at the time of the accident, or distraction by something else going on.

Your Car Accident Attorney From Keller & Keller Will Do the Legwork

You have enough on your plate recovering from your injuries to worry about finding and interviewing witnesses. That’s why it is so important to call an attorney as soon as possible after your crash. When you call Keller & Keller in Indianapolis, we will get to work right away finding and talking to witnesses. It is our job to present the strongest possible claim on your behalf to get you the settlement you deserve.