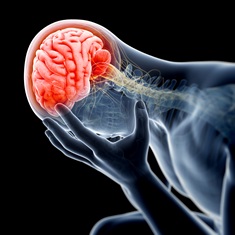 When you are in a serious motor vehicle collision, you may be lucky to be alive. Crashes that involve high speeds and large vehicles can cause devastating and even fatal injuries to drivers and passengers. One of the most common catastrophic injuries caused by a car crash is a traumatic brain injury (TBI). In fact, motor vehicle accidents are one of the leading causes of brain injuries, accounting for nearly 20 percent of all TBI-related deaths. The extent of brain damage caused by a head injury sustained in a car accident can vary widely depending on the force of impact. Our Indianapolis personal injury attorney discusses a range of brain injuries and the financial compensation you will need to have a fighting chance at recovery.

Although the brain is generally well protected inside the skull, doctors are discovering that even minor blows to the head can cause damage to the brain. In a car accident, a person can suffer brain damage without even hitting his head against anything. Some common forms of car accident injuries that lead to brain damage include the following:

Even a minor brain injury can require expensive emergency medical care. You will need a significant settlement from the at-fault driver to cover all potential damages.

How an Indianapolis Catastrophic Injury Attorney Can Help

Car accident claims involving minor injuries can often be settled quickly between drivers and insurance agents. However, when a catastrophic injury such as traumatic brain injury occurs, our experienced Indianapolis car accident lawyers will know how to document losses and negotiate for the settlement you need for medical bills and ongoing—sometimes even lifelong—care. When you or a loved one has suffered permanent brain damage, many factors must be considered when negotiating a settlement. Don’t try to do this on your own. In Indiana, call Keller and Keller to help you get what you deserve.