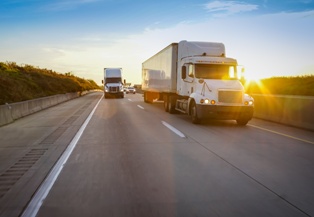 April is Distracted Driving Awareness Month and we want to take the opportunity to call attention to the dangers of distracted truck drivers on New Mexico’s roads. We all know that when we take our eyes off the road for even five seconds to glance at a phone, change the radio station, or scold a child in the back seat, we risk running off the road or veering into an oncoming lane. Now imagine that the person not watching the road is in control of a 40-ton rig! No driver should allow distractions to impede his or her driving, but truck drivers put other motorists at an even greater risk of injury and death when they fail to pay attention behind the wheel.

New Mexico Truckers Should Always Be Aware of the Danger

Sponsored by the National Safety Council, the purpose of Distracted Driving Awareness Month is to remind people—particularly people in the workplace—of the risks associated with various driving distractions. Presenting a webinar and providing employer toolkits are two of the ways they hope to promote distraction-free driving this April. However, as workers whose job consists primarily of driving, truckers should avoid these risks 12 months of the year.

Because truckers are at work when they are behind the wheel, they are exposed to even more distractions than the average commuter or traveler. Despite federal regulations designed to prevent them from engaging in dangerous behaviors while driving, truck drivers are often under pressure to deliver loads and may be rushed, fatigued, or lost—all of which can lead to distracted behaviors. Some of the most common practices truckers engage in that take their attention away from driving include the following:

Truck drivers need to be aware of these risks and take steps to avoid them, but so do their employers. If you are injured by a careless or distracted truck driver, the trucking company he works for may also be liable for compensating you for your losses.

At the Keller & Keller office in Albuquerque, our truck accident attorneys go to great lengths to determine the cause of the truck crash that left you injured. If the trucker, or his employer, is at fault for the accident, we will fight to get you the compensation you need and deserve to recover from your injuries. Call our office at (800) 253-5537.