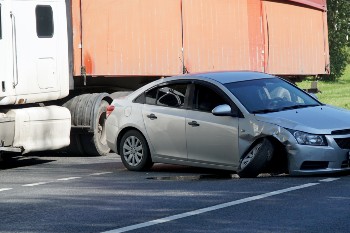 Victims of negligent truckers who suffer serious injuries need a resolution to their truck accident claim as soon as possible. They may be unable to work, struggling to pay bills, and frozen by the uncertainty of their futures.

However, the high value, complicated details, and high-powered defense attorneys involved in these claims mean they often take many months—or even years—to resolve. The last thing you need is an insurance company or trucking company lawyer dragging your case out even further on purpose. We reveal some signs that your case might be the target of intentional delays and explain how having an experienced truck crash lawyer on your side can help you overcome these challenges.

Why a Truck Company Would Want to Drag Out Your Claim

One tactic they will use to discourage you and potentially lower the amount of money you are willing to accept is to drag out the claim for as long as possible. Their hope is that you will become so frustrated by waiting that you will agree to accept a much smaller settlement than your claim is actually worth. If they delay the claim long enough, they might even force the case to exceed the statute of limitations. Commercial trucking insurance companies have a lot of experience delaying claims, but the accident attorneys at Keller & Keller know how to recognize and stop a delay tactic.

You will probably be contacted by the trucking company’s insurance company soon after the crash that left you injured. It might seem like they want to help you and are willing to act quickly to resolve the claim. However, it is more likely that they are hoping to undermine your claim by getting you to admit fault or offering you a lowball settlement. It is important that you do not agree to anything in this initial phone call and that you contact a truck accident attorney right away. If you do not, the insurance company might try these tactics:

These kinds of delay tactics can be avoided completely if you work with a truck accident attorney from day one. That’s because insurance companies know better than to make false claims to a lawyer. They also know that if they don’t respond in a timely manner, a lawyer could file a lawsuit to settle the issue once and for all—and they definitely don’t want to go to court.

Is the Insurance Company Acting in Bad Faith?

It’s one thing for a trucking or insurance company to take their time investigating or settling your claim. It’s another thing for them to intentionally and unreasonably drag it out. An intentional delay could mean that the insurer is acting in bad faith, and they could be held accountable for that beyond the accident claim. If you suspect that an insurance company is acting in bad faith, contact our team in Albuquerque.