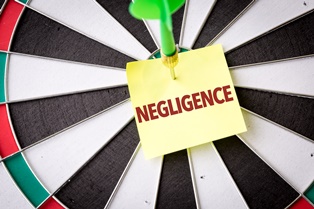 It may seem obvious—the other driver ran a red light, smashed into your car, and left you seriously injured—shouldn’t he be required to pay your damages? In theory, yes. But the legal reality is that you will still have to prove a number of points in order to collect the full amount you are entitled to from his insurance company. And many car accident cases are not as clear cut as our example. What if there is a question about who was at fault? What if the other insurance company claims you are not as injured as you say you are? We will walk you through the process of collecting evidence and proving negligence.

What Does it Mean to Be Negligent?

Under the law, negligence means that a person had a responsibility to behave in a certain manner to keep others safe and failed to do so. As a result, a person was harmed. In a car accident case, a person could be considered negligent for doing something he shouldn’t have done (speeding, drinking and driving) or for NOT doing something he should have done (stopping at a stop sign, yielding the right-of-way). In order to prove negligence in a car crash claim, you will have to demonstrate the following four factors:

While this might seem like a complicated process, it is actually fairly straightforward. When you work with a car accident attorney to fight for compensation, he will take care of these steps for you. The case becomes more difficult when there is a question of fault.

The key to a strong car accident claim is proving that the other driver was 100 percent at fault (step 2 above). His lawyer or insurance adjuster will likely argue that you played some part in the crash. For example, if he turned left in front of you but you were speeding, you could be found to share the blame. Under Indiana’s comparative fault law, your damages will be reduced by the percentage of blame assigned to you. If the court finds you to be 20 percent to blame, for example, you will only be awarded 80 percent of your damages. An experienced car accident attorney will gather and present evidence to support your claim that the other driver was 100 percent at fault.

Gathering important records, talking to witnesses, and acquiring surveillance photos or videos will be vital in proving fault and damages. Your attorney will likely collect the following key pieces of evidence:

Don’t Try to Go it Alone

Even if you think your case is clear cut, you will want to work with an experienced Indiana car accident attorney to make sure you are presenting the strongest possible case to win maximum damages. Connect with the Indianapolis car accident lawyers of Keller & Keller through the link on this page.