Danger in the Permian Basin: What is New Mexico Doing About It?

The Permian Basin is an oil producing area that spans parts of West Texas into southeastern New Mexico covering an area of approximately 250 miles wide and 300 miles long and is composed of over 7,000 oil and gas fields. The Permian Basis produces record-breaking daily levels of oil and gas. Because of this, there is constant, heavy traffic from semi-trucks and other freight transporting supplies to the basin and oil from the basin. Over the past three years, the Permian Basin has become the busiest oil field in the country. Unfortunately, as the wells have multiplied, so have the risks. US Route 285 has been dubbed “Death Highway” because of the amount of traffic deaths that have occurred in recent years.

All of these accidents lead to this question: What is being done about it? 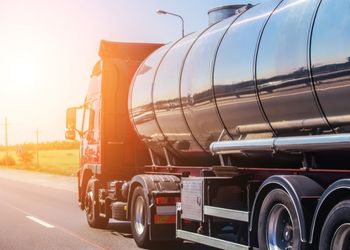 There are two main issues that need to be addressed aside from driver-related problems.

The first is that US 285 and the surrounding rural roads were not meant to withstand the traffic that they have seen in the past several years caused by the oil boom. In fact, when parts of US285 were constructed, they were built as rural roads and many were initially unpaved. These rural roads used to be traveled primarily by locals and for agricultural needs. Now they are trafficked highways for trucks carrying heavy equipment and fuel. A single frack job can require 1,200 truckloads of sand, water, and equipment with one truck hauling 24 tons of frack sand. But, not only are the roadways being traveled by trucks carrying extremely heavy loads, they are being traveled by the thousands of workers that have flocked to the area for work promising high wages. The traffic is like nothing long-time residents have ever seen.

Secondly, there is a lack of funding for roadway and infrastructure improvement. According to an article in Texas Monthly, a senior research engineer from Texas A&M Transportation estimated that fixing and upgrading rural farm-to-market roads on 285 could cost anywhere from $500,000 to $1,000,000 per mile. Most of the counties in the Permian Basin do not have the funds to support this kind of infrastructure update. Therefore, local governments are looking to the oil companies themselves for financial support, but it is not being offered.

Until these and other issues are resolved, unfortunately, it doesn’t seem that much will change about the dangerous conditions along this stretch of roadway. Until then, the attorneys at Keller & Keller will do everything in our power to represent the victims affected by the negligence and danger of Death Highway. If you or a loved one have been involved in an accident or have a wrongful death case, contact us today for a free consultation.