Your Doctor’s Opinion vs. a Consultative Examination When Applying for SSDI 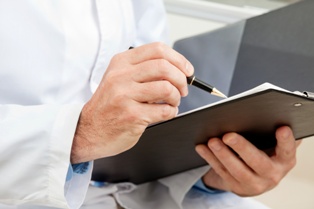 When you are applying to receive Social Security disability benefits, you are claiming that you are medically unfit to work. An important part of your application is going to be medical proof of the physical condition that is preventing you from performing job duties. A key source of this evidence will be your own doctor or other specialists you have been seeing. The Social Security Administration (SSA) may also require you to see an independent physician working for the SSA. What is the difference between these two sources and whose opinion matters more? We explain here.

Your Own Doctor, Also Known as the Treating Physician

Until new rules went into effect in March of 2017, the opinion of your own doctor was given the most weight in a disability determination hearing. The thinking was that your own doctor knows you and your medical condition better than anyone and would offer the most valuable testimony. However, due to the potential for treating physicians to offer an opinion with little or no medical evidence, the SSA decided to allow the option to shift the focus away from personal doctors.

In the absence of strong medical evidence, the disability review committee could require an applicant to undergo a medical exam by an independent doctor who is under contract to the SSA to perform such exams. Known as a consultative examination (CE), if you are asked to have one, you will see a doctor who has not seen you before. He or she will conduct a thorough exam and run any necessary tests.

Whose Opinion Will Carry More Weight?

Just because you have a CE does not mean that doctor’s opinion will automatically carry more weight than your own doctor’s opinion. Under the new rule, more weight will be given to the opinion that is backed up with stronger evidence. Specifically, the committee will look for the following in valuing one medical opinion over the other:

What Can You Do to Help Yourself?

So, how do you ensure that your medical condition is accurately represented by a doctor? Unfortunately, you can’t really influence a doctor’s findings. However, you can support the success of your application by hiring an experienced New Mexico SSDI attorney. Call Keller & Keller in Albuquerque to find out what we can do for you.